The War in Afghanistan has Ended, But Not the War on Terror 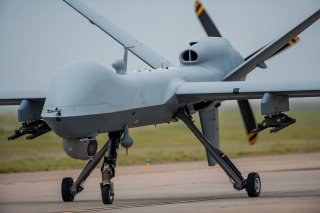 President Joe Biden ended the United States’ longest war when American troops withdrew from Afghanistan in August. In so doing, Biden followed through on an agreement made by former President Donald Trump with the Taliban to remove U.S. forces from the country. He also followed through on one of his central foreign policy promises to end “forever wars” where American forces are mired in what he viewed as dangerous, unwinnable conflicts that siphon attention and resources from other important issues. Biden’s course of action raises important questions about the direction of America’s “War on Terror.”

On September 20, 2021, President George W. Bush said that “Our war on terror begins with Al Qaeda, but it does not end there. It will not end until every terrorist group of global reach has been found, stopped, and defeated.” He said the war would not consist of one battle, but a “lengthy campaign, unlike any other we have seen” that uses every available mechanism to target terrorist organizations and the nations that provide safe haven to those organizations.

The conflict in Afghanistan was the country’s opening salvo in this new war. The United States demanded that the Taliban cease harboring Al Qaeda and dismantle terrorist training camps. When it refused, the U.S. military intervened, quickly dislodging the Taliban from power. The United States remained in Afghanistan hunting terrorists and Osama bin Laden afterward. American forces eventually engaged in nation-building to support Afghanistan’s transition to democracy.

Presidents following Bush eschewed the term “war on terror.” President Barack Obama famously reframed the effort as the Overseas Contingency Operation, but successive administrations have all been heavily engaged in counterterrorism efforts overseas. The U.S. military’s large presence in Afghanistan was perhaps the most visible aspect of this war effort, but it was by no means the only or most significant.

For instance, the U.S. government conducted counterterrorism efforts in eighty-five countries between 2018 and 2020 and trained various military and law enforcement bodies in nearly eighty countries to increase their own counterterrorism capabilities, according to researchers at Brown University. American service members were also involved in combat missions in eight countries, engaging in conventional warfare operations as well as utilizing special operations forces for kill or capture missions. Drone and/or air strikes were used against terrorists and militants in seven countries. In another four countries, U.S. servicemembers planned, organized, and directed missions that were carried out by local militaries. These local proxies such as the Kurds in the fight against ISIS, have been critical to U.S. successes.

The question that remains is whether Biden’s decision to pull the U.S. military from Afghanistan signals a larger change in the U.S. approach toward counterterrorism activities that fall under the banner of the “war on terror.” Early signs suggest that it does not.

Biden ended the U.S. presence in Afghanistan, yet in the same breath, he promised revenge against those responsible for killing thirteen U.S. service members in Kabul as the evacuation took place. A controversial drone strike shortly after was later found to have killed a number of innocent civilians.

Biden has taken steps to temporarily limit the number of drone strikes as his team crafts its drone policy, but there is no sign that he plans to abandon drone strikes altogether. Drone strikes are a key component of his “over the horizon” policy. Rather, it appears that Biden only seeks to reign the program in by reinstating some form of Obama-era procedures that restrict the criteria for whom can be targeted. Biden will also likely increase the approvals needed before some strikes can be conducted.

The Biden administration has also expressed intentions to assess and potentially replace the legal instruments that have been used to justify many U.S. foreign counterterrorism efforts. In 2001, Congress nearly unanimously passed the Authorization for Use of Military Force (AUMF) against those responsible for the 9/11 attacks. The language of this AUMF authorized the president to use “all necessary and appropriate force against those nations, organizations, or persons he determines planned, authorized, committed, or aided” those attacks.

The 2001 AUMF has been subsequently cited as providing approvals for military operations against numerous terrorist organizations. It was even used to provide approvals for actions against ISIS, which did not exist until more than a decade after the original AUMF was passed. This is because the AUMF was interpreted to authorize military force against any terrorist organization that was an “associated force” of Al Qaeda or the Taliban. ISIS fell under this umbrella because it evolved from Al Qaeda’s affiliate in Iraq.

Biden’s intention seems to be a more specific AUMF that more clearly specifies its targets and that cannot be interpreted widely (as the past one has been) to authorize future military incursions against unnamed organizations without seeking congressional approval. He does not seek to end the military effort against foreign terrorism.

In leaving Afghanistan, Biden has undoubtedly removed U.S. service members from immediate harm’s way, but it is uncertain how this will impact the threat posed by terrorists to the United States. Time will tell if the Taliban abides by its agreement to not harbor terrorists seeking to attack the United States or its allies. ISIS-K sees the Taliban as agents of the United States and there is concern that it will continue to increase its attacks in Afghanistan. It remains to be seen whether the Taliban is willing or able to contain ISIS-K. The threat could still metastasize. Biden’s “over the horizon” approach will focus counterterrorism efforts on air and drone strikes that minimize American boots on the ground. It will take time to judge whether that strategy can adequately address the constantly evolving foreign terrorist threat.

It also remains to be seen how the U.S. withdrawal impacts extremism across the region and in the United States. The withdrawal has been portrayed as a major victory for the Taliban. The Americans departed, the U.S.-backed government collapsed, and a new government based on religion will be established. This may inspire extremists who share these goals. A Department of Homeland Security report from late 2020 judged that foreign terrorist organizations will have little success striking our homeland. The biggest terrorist threat remains homegrown extremists—those inspired by the actions and ideologies of foreign groups, and those motivated by racist and anti-government ideologies. The Biden counterterrorism approach involves a heightened effort against these domestic threats.

Thus, rather than ending the “war on terror,” the Biden administration’s efforts seek only to move it into a new chapter—a chapter that will likely retain many pieces that have become cornerstones in counterterrorism efforts.

Dr. David Webber is an Assistant Professor at the L. Douglas Wilder School of Government and Public Affairs at Virginia Commonwealth University.