Ad-Supported Tier May Be Coming to Netflix This Year 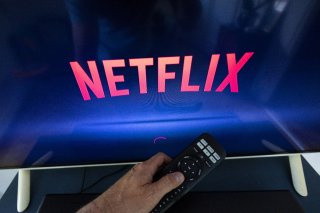 Netflix surprised many by announcing in its first-quarter earnings release that it had lost subscribers for the first time in memory and would lose more in the near future. In order to combat this, Netflix announced that it would launch an ad-supported product, something the company had been firm for many years about never doing.

Now, there are indications that the ad-supported tier will arrive sooner than thought.

According to a New York Times report, Netflix told employees in a recent note that the new tier could be introduced as soon as the fourth quarter of this year. At the same time, Netflix will begin a crackdown on password-sharing by its subscribers, another action that the company had spent many years resisting.  “Yes, it’s fast and ambitious and it will require some trade-offs,” co-CEO Reed Hastings said in the note. “Every major streaming company excluding Apple has or has announced an ad-supported service. … For good reason, people want lower-priced options.”

Netflix lost 200,000 subscribers in the first quarter of the year, the first time it had dropped subscribers since the days before it was primarily a streaming company. It also predicted it would lose millions more in the second quarter. “Our revenue growth has slowed considerably as our results and forecast below show. Streaming is winning over linear, as we predicted, and Netflix titles are very popular globally. However, our relatively high household penetration—when including the large number of households sharing accounts—combined with competition, is creating revenue growth headwinds,” Netflix said in that earnings release.

Why did this happen to a company that had been flying high, especially in the early days of the pandemic? There are several reasons. One is that Netflix is facing a great deal more competition than it once did, with most major players in Hollywood launching their own streaming service to compete with Netflix for both dollars and eyeballs.

The company also cited growing amounts of password-sharing, which Netflix once openly encouraged, although it has backed off that stance recently. On top of that, Netflix stopped doing business in Russia following the invasion of Ukraine. If not for that pullout, Netflix said, they would have been in positive territory for subscribers in the first quarter.

Others have put forward other theories for Netflix’s struggles, including everything from a perceived drop in the quality of the streaming service’s product to the loss of longtime sitcom mainstays like Friends and The Office and recent price hikes.