Advantage At Sea: How the U.S. Military Sees the Wars of the Future 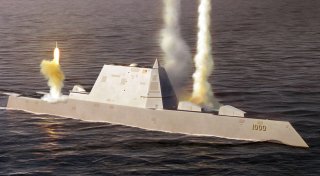 A New Maritime Strategy for the 2020s and Beyond

The strategy, called “Advantage at Sea .. Prevailing With Integrated All Domain Naval Power,” incorporates Navy, Marine Corps, and Coast Guard mission options, multi-service operational coordination, and what could be called a new mixture of interwoven variables. Some of these nuances include a modern emphasis upon expeditionary warfare, forward deployments, and rapid response in the event of war.

Interestingly and not surprisingly, much of the Navy strategy is simply to be “already on-scene” in the event of war, an approach which of course sheds light upon the service’s consistent requests from Combatant Commanders for more forward-deployed assets in vital areas of the globe.

“The Naval Service offers flexible options to respond to crises, manage escalation, and preserve decision space for national leaders. Because naval forces are globally maneuverable and persistently operate forward, we are often already on-scene at the onset of a crisis,” the strategy writes.

Simply put, this concept helps explain why the Navy is so often conducting training operations and security patrols in key areas such as the Pacific and Black Sea, among others. A powerful, heavily armed presence with major power-projection capability, prevents war, as the thinking goes.

Along with its major Naval focus, the strategy also places a high premium upon Marine Corps ship-to-shore amphibious attack possibilities to function as a deterrence force ready to attack if necessary. It is also no surprise, and tactically significant, that the strategy places a crucial premium upon Coast Guard missions.

Not only does the Coast Guard support international Naval security operations but also of course performs a major homeland defense role. This function only continues to take on greater urgency as defending the homeland is by no means restricted to preventing piracy, terrorism, and drug trafficking. These things are crucial, yet now also greatly compounded or added to by the reality that potential adversaries are quickly gaining more and more long-range weapons and attack platforms increasingly capable of striking the U.S. homeland.