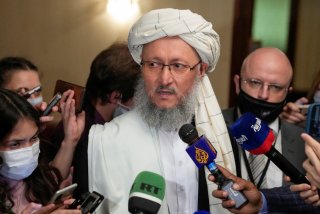 In a heavily guarded street in Kabul’s green zone near a bunch of Western embassies, a TV station was founded just a few years after the 2001 fall of the Taliban regime. As a media outlet as young as the Afghan democracy, it had a great impact in shaping the public view of hope and change in a conservative society. To get into office, I would have to pass through armored gates due to insurgent threats. Inside the station, dozens of male and female journalists worked together with vision and purpose. The idea was to move Afghanistan ahead with awareness and information.

The Taliban declared that TV station a military target a few years ago, but no journalist abandoned their work. Our commitment to democracy and press freedom was strong. Since 2016, I lost ten colleagues in Taliban attacks and suicide bombings, but it never broke our will for a society where press freedom would rule for the sake of justice and accountability from rulers and policymakers.

Threats were high, but the rapid growth of media was beyond expectations. Afghanistan had become a role model for nations in the region because of its free press. Many Afghan journalists were honored with prestigious international awards. Journalism was playing a key role in bringing awareness even to remote regions. Media mobilized millions of Afghans to cast their ballots in ten elections over twenty years. This was a major gain in our political history.

Referring to the attacks on journalists, my elderly mother said: “You must choose between me and your journalism job.” It was a tough choice as I loved both, but I continued my work.

Journalists in the station belonged to all ethnic groups of Afghanistan, including myself who come from the most persecuted Shia Sadat ethnic group. We attained the status of an ethnic group a year ago under the Afghan Constitution. Journalism was uniting our people and transforming our society.

I was working in a tiny office on the second floor where I would always see U.S. helicopters patrolling in the air, and I could see the lights of the U.S. Embassy nearby. Those lights were telling me the story of a partnership between two friends and I would think that Afghanistan was still the center of international politics. Sometimes, however, our dreams do not come true.

In the newsroom, journalists covered the changing situations of Afghanistan around the clock. During my career, I covered two major political events in Afghanistan’s political history—the 2014 and 2019 presidential elections. I saw how journalism encouraged the public to reject extremism and support democracy.

Things suddenly changed on August 15, 2021, after the world decided to leave Afghanistan on its own. A thriving Afghan media that lost some of their best journalists for the cause of free society is now falling apart due to financial recession and Taliban regime restrictions.

A joint survey by Reporters Without Borders (RSF) and the Afghan Independent Journalists Association (AIJA) paints a grim picture of the media in Afghanistan. It finds a total of 231 media outlets have stopped working and more than 6,400 journalists have lost their jobs since August 15. Afghan women journalists have been hit the hardest with four out of five no longer working in the industry.

In conversation with my fellow journalists in Kabul and in the provinces, I found those who still work self-censor or face severe restrictions. There is no free press in Afghanistan today. If the same trends prevails, Afghanistan will become one of the most closed nations like North Korea.

With consideration of the above challenges facing Afghan media today, the international community, particularly the United States; media supporting organizations; and other countries and political blocs, like the European Union, who were involved in the affairs of Afghanistan must hold the Taliban accountable with respect to human rights and press freedom. Afghans cannot tolerate more restrictions and state suppression of their views. Denying Afghans’ basic rights and civil liberties will lead to human tragedy and those who promised us protection will be accountable before the history. As George Washington once said, “If freedom of speech is taken away, then dumb and silent we may be led, like sheep to the slaughter.” His words were as true in eighteenth-century America as they are in twenty-first-century Afghanistan.