Report: Taliban's War on Journalists Closes Half of Media Outlets 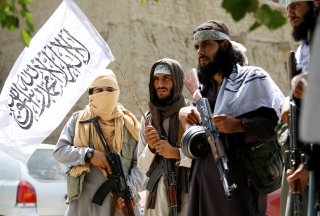 A survey of Afghan media outlets and journalists conducted by Reporters Without Borders (RSF) and the Afghan Independent Journalists Association (AIJA) revealed that nearly half of Afghanistan’s independent media organizations had closed their doors, and more than half of the country’s journalists had lost their jobs, since the country’s takeover by the Taliban militant group in August.

The survey revealed that, of the 543 media outlets that had covered the country at the beginning of August, only 312 were still intact. 231 outlets within the initial group had been shut down, costing the jobs of 6,400 journalists, or 60 percent of those within the country. Female journalists fared even worse: only 16 percent remained employed, according to the survey.

The report did not draw a firm conclusion about the cause of the shutdown, but noted that conditions for journalists in the country had deteriorated under the rule of the Taliban. The Taliban-led interim government has not blocked the work of journalists outright, but has imposed a set of restrictions on their activity. Since September, journalists have been obliged to follow the “11 Journalism Rules” published by the Ministry of Information—rules that include avoiding stories that run “contrary to Islam,” insult national figures, violate Afghans’ privacy, or that could negatively affect public morale. Although most of the rules are fairly neutral—asking journalists to air both sides of a story, for instance—RSF argued their vague language and arbitrary enforcement provided journalists with an incentive to self-censor.

The report also noted that economic conditions had led to a downturn in journalistic activity. The country has faced a sharp economic downturn after the Taliban takeover, leading to fears of famine. In the economic contraction, advertising revenue on many radio and television stations has sharply decreased, leading to a further loss of jobs.

The report noted that the Taliban had not altogether forbidden women from working in media, but many had been forced to leave their positions anyway, leading to large sections of the country without any female journalists.

Journalism in Afghanistan has traditionally been a dangerous occupation. The Taliban and other extremist groups such as the Islamic State’s local affiliate branch, known as ISIS-K), have targeted journalists. They have even been attacked by forces under the previous government led by President Ashraf Ghani.