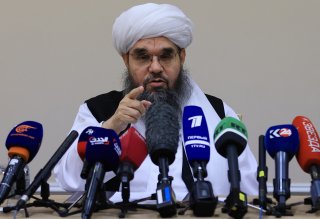 Over the span of a week, Taliban militants have captured six regional capitals in Afghanistan, leading to panicked reactions in the United States, Europe, and around the world.

Following urban fighting in Taloqan, Kunduz, and Sar-i-Pul, the Taliban claimed that its occupation of each city was complete by Sunday. The previous day, Shibirghan, the capital of Afghanistan’s northern Jowzjan Province, fell to the group. Zarange, the capital of Afghanistan’s southwestern Nimruz Province, was surrendered to the Taliban without a fight on August 6.

On Monday morning, Aybak, the capital of Afghanistan’s northern Samangan province, became the sixth regional capital to fall to the militant group.

In each of these battles, a key role has been played by the Taliban’s “Red Unit,” a better-trained group of fighters that serves as the group’s special forces. In recent months, Red Unit soldiers have engaged in attacks on Afghan cities and military bases, often serving as a frontal unit leading other, lesser-trained Taliban soldiers.

The Taliban’s capture of Kunduz marks the third time the group has occupied the city since 2001. In 2015, the Taliban’s seizure of the capital was regarded as an embarrassing setback for the U.S.- and NATO-trained Afghan National Army.

The Taliban’s ability to hold cities is a worrying development. In the two decades since the American invasion, the Taliban has found support in rural areas, maintaining a low-level insurgency and conducting terror attacks in the cities rather than attempting to capture and occupy them.

The Long War Journal, a publication of the Foundation for Defense of Democracies, estimates that the Taliban now fully control 223 of Afghanistan’s 421 districts, more than half—a threefold increase from the 73 it held at the beginning of the offensive. Consequently, the group’s strategy has shifted to capturing cities in outlying provinces, effectively creating space for itself in Afghanistan’s periphery and pushing government forces into the country’s center.

The U.S. Embassy has reacted to this development by urging all U.S. citizens to leave Afghanistan. U.S. and NATO forces have steadily resisted any return to the war-torn country; Germany’s defense minister publicly ruled the option out after the Taliban took Kunduz, the headquarters of German forces in Afghanistan for more than a decade.