After Pandemic Surge, Computer Shipments Slowed in the First Quarter of 2022 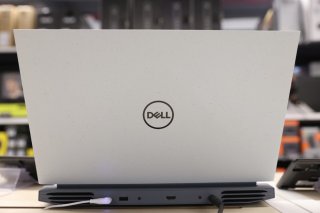 The pandemic, especially during the 2020 lockdowns, led to a surge in shipments of personal computers (PCs), since much of the world suddenly needed to work from home. This drove many to buy new laptops, sometimes as upgrades, while businesses and schools also made countless purchases. There was even a laptop shortage for a time in 2020 and 2021.

Now, that boom appears to be over, according to a pair of reports issued last week.

According to research released by IDC, global shipments of PCs, which include “traditional PCs, including desktops, notebooks, and workstations,” dropped 5.1 percent in the first quarter of 2022. Shipments remained generally high, at 80.5 million, but down from the highs of the last two years.

"The focus shouldn't be on the year-over-year decline in PC volumes because that was to be expected. The focus should be on the PC industry managing to ship more than 80 million PCs at a time when logistics and supply chain are still a mess, accompanied by numerous geopolitical and pandemic-related challenges,"  Ryan Reith, group vice president with IDC's Worldwide Mobile Device Trackers, said in the announcement.

"We have witnessed some slowdown in both the education and consumer markets, but all indicators show demand for commercial PCs remains very strong. We also believe that the consumer market will pick up again in the near future. The result of 1Q22 was PC shipment volumes that were near record levels for the first quarter.”

Gartner Research, the other firm that traditionally releases PC shipment figures, put the decrease at 6.8 percent year over year, putting the total at 77.9 million units.

The two firms use different methodologies, which is the reason for the discrepancy.

“After an unprecedented Chromebook surge in 2020 and early 2021, driven by demand from the U.S. educational market, Chromebook growth has tempered,” Mikako Kitagawa, research director at Gartner, said in the release. “It was a challenging quarter for the PC and Chromebook market to achieve growth, as this time last year the PC market registered its highest growth in decades.”

Gartner had Lenovo first with 23.8 percent, HP second with 20.4 percent, Dell third with 17.7 percent, Apple fourth with 9 percent, and Asus and Acer behind them with 7.2 percent and 7.1 percent, respectively.