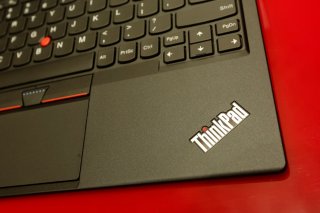 The coronavirus pandemic, the sudden need for many people to work from home and the need for distance learning, have led to a surge in the purchases of PCs and tablets. However, that surge is expected to be temporary, with such products resuming their decline next year.

That’s according to numbers released this week by research firm International Data Corporation (IDC.) The market for “personal computing devices” —a category that includes tablets, PCs and workstations—is seen growing 3.3 percent this year to a total of 425.7 million units.

However, that gain is expected to be temporary, with the sector expected to “resume its long-term decline with a compound annual growth rate of -2.2% as shipments fall to 389.6 million units in 2024.”

“Consumers have been stuck at home, unable to spend on restaurants, movies, and other day-to-day activities,” David Myhrer, research vice president for IDC’s Consumer Technology Strategy Service. “Technology has been the big winner in all of this as device spending has been especially surprising, with spend at year-end, holiday-like levels throughout much of the second quarter.”

Education institutions may be purchasing a lot of computers and tablets this year, but that also means they’ll be buying fewer of them in the future.

“Schools around the world are already scrambling to procure notebooks for their students. The excessive demand, some short-term component shortages, and general uncertainty about the upcoming school year have led many schools to purchase as many units as they can,” Jitesh Ubrani, research manager for IDC’s Worldwide Mobile Device Trackers, said in the announcement.

“Unfortunately, these additional purchases during 2020 means that many schools will have blown through their future budgets, which will contribute to double-digit declines in the education segment during 2021 and 2022.”

While PC sales dropped during the early days of the pandemic in the first quarter, they rebounded in the second quarter, according to both IDC and Gartner Research, another firm who releases quarterly statistics. Gartner, in its second quarter numbers, listed Lenovo as the top brand in the world, while IDC listed HP first, although the two firms agreed that Dell was third and Apple fourth.