After Testing In Syria, Russia's New A-50U Reconnaissance Aircraft Is Ready To Rock 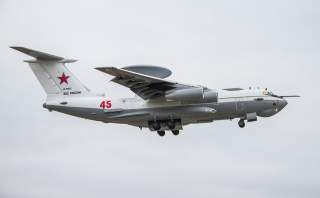 Key point: Like many Russian weapons, the AU-50U saw testing over Syria's many battlefields.