Is Aiding Ukraine Leaving the U.S. Military Unprepared for War? 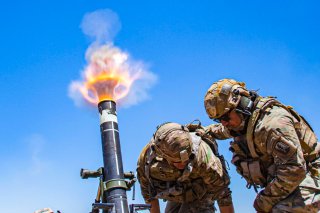 Given the sheer volume of supplies and military equipment which has been flowing from the United States and its allies into Ukraine, it has become a matter of concern whether supporting Kyiv against Russia has come at the expense of broader U.S. military preparedness. The answer, according to Pentagon leadership, is a clear and decisive “no.”

While Lockheed Martin and Raytheon are stepping up Javelin production to meet growing demand, U.S. Defense Department officials have been clear that the U.S. military is keeping a very close eye on its inventory to sustain its readiness.

“Overall … all of the various ammunition stockages that we have, the secretary’s got us looking at those very, very carefully to make sure that we don't drop below levels but [sic] become moderate, significant, high-risk, and we're doing that,” Gen. Mark Milley, chairman of the Joint Chiefs of Staff, told reporters following an international summit on Ukraine.

Certainly, when it comes to deterring and fighting great power war, the U.S. military must be ready in far more places than Ukraine. Indeed, the U.S. military’s global mission is quite different than what it is currently undertaking in Eastern Europe. For example, the U.S. Army needs to maintain its arsenal of armored vehicles and ground weapons, particularly in areas such as NATO’s eastern flank, yet the most crucial areas of war readiness for the United States are further east towards the Pacific. Efforts to deter China, for instance, necessitate a high degree of naval presence and air force readiness via forward positioned aircraft carrier strike groups and sufficient quantities of F-35 stealth fighters. Without these assets prepositioned and available, U.S. deterrence would be less credible in a range of scenarios.

Of course, the most crucial element of U.S. deterrence is upheld by the U.S. nuclear triad, which Pentagon leaders have repeatedly reiterated is safe, secure, and ready for any contingency. Likewise, Milley has described how despite Ukraine receiving mostly ground weapons, apart from some Unmanned Surface Vessels for its Black Sea coastline, the U.S. Army’s readiness has not been negatively impacted.

“...[R]ight now the risk to ourselves is relatively low.  It's not something that we're going to get overly excited about.  We have a category called critical munitions and preferred munitions, we're solid in all of those. And Javelins is not in that category. So your small arms, your anti-tank weapons, some of your MANPADS, Javelins, et cetera as opposed to say, for example, other, you know, smart munitions and PGMs [precision guided munitions], et cetera. So we're okay, we're doing okay, and our risk is being managed appropriately,” Milley said.