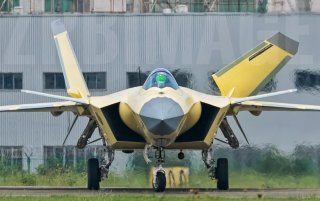 “The Chinese president ensures that every innovation that happens in the private sector is connected to its military. For us, it is a struggle and we need to be mindful and bridge that gap. What we struggle with is translating our innovations into fieldable technology,” Air Force Chief Scientist Victoria Coleman told The Mitchell Institute for Aerospace Studies.

Remaining static when it comes to the rapid integration of new innovations can, of course, set back a developmental pace and delay a new technology’s successful transition to operational service. Also, it can compromise security by potentially leaving new technologies more vulnerable to attack. Aligning development with commercial-sector innovations might be one way to mitigate this risk, Coleman said.

“The longer they are out there, the longer the adversary has to find vulnerability,” Coleman said. “The only way to change that is to change all the time. If it is not one of our core competencies, how do we do that?”

Government-only programs, while of course often generating unparalleled innovation and expertise themselves, could certainly stand to benefit from considering and potentially incorporating commercial systems and technological development more fully into the process to ensure a new system stays current and maximizes rapid development. One idea Coleman had was to potentially align government innovators with private sector experts to create a temporary “spin-off” company that might temporarily move to the commercial sector before subsequently re-entering a government program to ensure the fastest and best discoveries and innovations are incorporated.

This kind of approach is a crucial way the United States can stay in front of China’s developmental pace, according to Coleman. Part of the equation is to also move quickly to actually deploy new technologies quickly, once they are determined to be ready and secure. Security, Coleman explained, can be improved by “changing” and updating all the time.

One of the ways the Air Force has been working to address some of these challenges is through the creation several years ago of a special unit called the Cyber Resilience Office of Weapons Systems (CROWS). The entire purpose of the unit is to find promising weapons programs early in the developmental process and test them for vulnerabilities, essentially “red team” them thinking like a potential enemy would in terms of working to identify likely methods of enemy attack.

Through this approach, the thinking is, CROWS then works with scientists, engineers and weapons developers to build safeguards and protections into the weapons systems to anticipate and counter-attacks before they happen. Over the years, senior Air Force leaders have described this as “baking in” cyber resiliency. This is a crucial approach, given the growing extent to which weapons system functionality, targeting and multi-node information share increasingly leveral cyber-reliant or computer-integrated processes.

Hardening new technologies from the beginning or even at their inception is entirely aligned with Coleman’s strategic emphasis when it comes to “securely” developing and integrating promising commercial systems, to take advantage of fast-emerging innovations and stay connected to the pace of rapid technological change. Ensuring greater security can be described as a U.S. military core competency. It is therefore an area the Air Force can bring to bear as it seeks to harvest new commercially generated technologies and upgrades.

“We can take that into account with how our mission is propagated, and figure out the best method to use that technology,” Coleman said. “We want to find vulnerabilities before others do and be smart about how we bring new competencies into defense systems.”