Air Force Official on the F-35: “It's like fighting Mr. Invisible.” 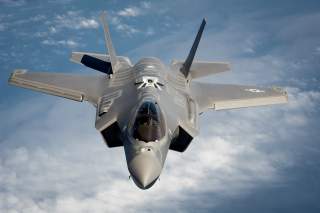 “Even if you were in an Eagle or J-20... You felt the same thing,” a senior Air Force official with an air superiority background told me after my flight—referring to the feeling of utter helplessness of being attacked by an invisible enemy.