Air Force Pilot: "The F-35 Is a Dream to Fly" (And That is Bad News for China and Russia) 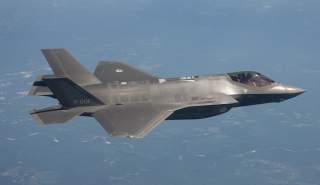 Apart from its individual technologies, weapons, sensors and systems, the F-35 is perhaps best appreciated for its multi-role capabilities, meaning it can perform a wide range of different missions from close-air support and air-to-ground attack to air-to-air engagements and intelligence, surveillance and reconnaissance, or ISR. The aircraft’s sensor technologies allow the platform to perform a much greater ISR function than previous aircraft can, giving it a “drone-like” ability to gather and disseminate surveillance information.  As part of this, the F-35 can also use a specially engineered data-link to communicate in real-time with other F-35s and other aircraft and fighter jets.

The first operational F-35A fighters have already been delivered to Hill Air Force Base in Utah, and Air Force leaders say the service has launched some small mini-deployments within the US to prepare the platform for deployment.