The Air Force's The F-22 Conducted Its First-Ever ‘Combat Surge’. Here's Why That Matters. 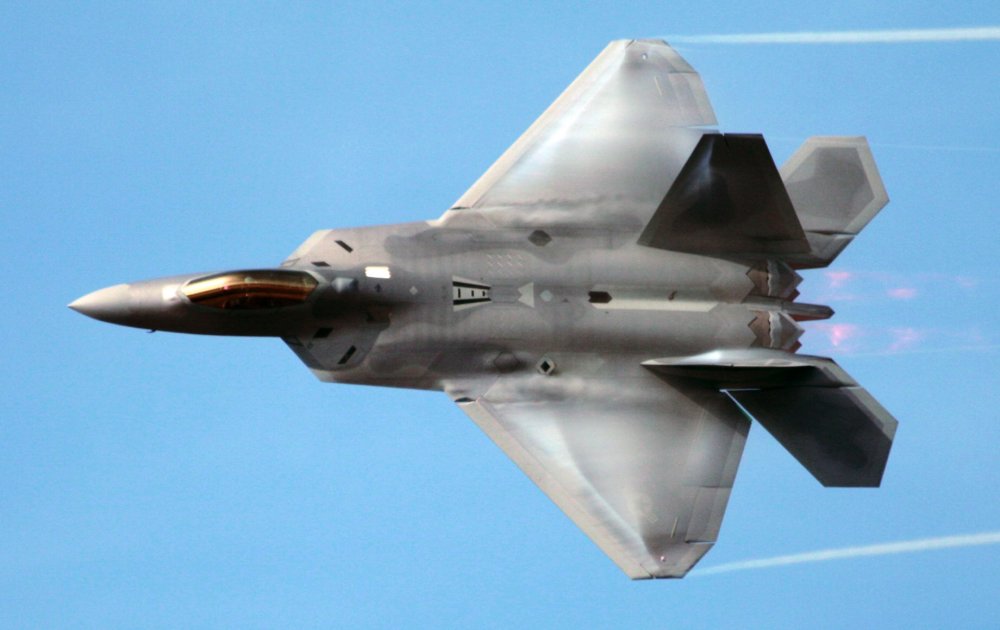 Airmen assigned to the 94th Fighter Squadron completed the first-ever F-22 Raptor “combat surge” over the last six months in skies above Syria, the Department of Defense announced on Wednesday, conducting an aggressive number of combat sorties over a single three-day period.

- The squadron, deployed to the Middle East from Joint Base Langely-Eustis in Virginia to provide air support for U.S.-led coalition forces fighting ISIS in Syria as part of Operation Inherent Resolve, conducted 590 sorties, dropping 4,250 pounds of ordnance, and “deterring” 587 enemy aircraft during the six-month deployment.

- While the Pentagon didn’t specify when the three-day surge occurred, the DoD stated that the squadron faced “both enemy fighters and surface-to-air missile systems” as part of the U.S. response to the Syrian regime’s illegal use of chemical weapons back earlier this year.

- The F-22 seems perfectly suited to deliver relative air superiority in a battle space where U.S. and foreign aircraft are increasingly entangled in regular intercepts. Indeed, the first air-to-air kill in nearly two decades involved a Syrian Sukhoi Su-22 that earned itself a missile after messing with coalition ground forces, albeit thanks to a U.S. Navy F/A-18E Super Hornet rather than an F-22.

- Things will only get dicier in the coming months. Russia’s Ministry of Defense recently announced its T-50 fifth-generation fighter jet that saw testing in Syria in February was on schedule to make a comeback tour. This comes just weeks after Russia announced the transfer of the S-300 missile defense system to the Syrian regime following the shootdown of a Russian Ilyushin Il-20 military aircraft over the Mediterranean.