All About Power: Parallels of Nuclear Weapons and Reproductive Rights 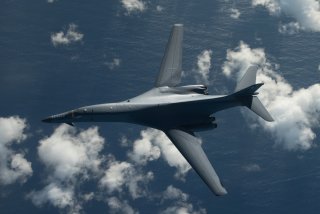 After almost fifty years of protection, the federal right to abortion was struck down by the U.S. Supreme Court. The June 24 Dobbs vs. Jackson decision overruled the 1976 decision in Roe v. Wade, which decriminalized abortion. While abortion access has always varied at the state level, this decision will make access to reproductive healthcare even more divergent across state and political lines.

Yasmeen Silva, national field manager at Population Connection, joined Ploughshares Fund’s communication manager, Lauren Billet, on the Ploughshares Press the Button podcast to discuss the intersections between nuclear weapons and reproductive rights. Silva previously worked in the nuclear advocacy field as partnerships manager at Beyond the Bomb, and her analysis sheds light on the rarely considered but vital connections between such issues of safety and security.

Silva says that policies on both issues are ultimately about power. The fundamental questions at stake are “how do we value life, and when do we value life … and the answer is: inconsistently,” Silva says. The reality then is that those in power make decisions to advance “whatever goals and aims they’d like to accomplish.”

When it comes to reproductive rights, similar dynamics are at play. The Dobbs decision, Silva says, reflects misplaced power in that it is based on the belief that “people with uteruses can't make choices over their bodies."

There are further “compounding intersections” between nuclear weapons and reproductive healthcare. Many of these links exist because nuclear weapons use and testing can have inter-generational health impacts. For example, Silva explains that if a pregnancy leads to “complications because you live near a nuclear facility, and you then can't access either abortion care or health care from a miscarriage or something else, your life is more [at] risk than it was before.” Silva notes that while saving lives is often an argument used to advance anti-abortion and status quo nuclear weapons policies, “lives are also [at] cost in greater numbers because of the policies as they exist.”

These commonalities lend themselves to synergy across the movements for disarmament and reproductive rights. She notes that “both are working to shift or reimagine power and the status quo,” adding that “harnessing that concern” at the root of both issues benefits the movements. In fact, it is not just these two issues, but also linkages across other movements fighting for positive social change that will help each issue see more success. Silva concludes that it will “magnify our power when we are able to collectively articulate why these issues matter to us.”

The entire interview can be found here on Press the Button. For more information on how you can get involved, visit: populationconnection.org/act.