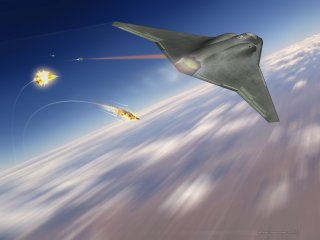 The new system is being developed through a deal with DARPA and General Atomics Electromagnetic Systems (GA-EMS). It allows a rocket or space vehicle to operate in cislunar space, which is the area outside of the Earth’s atmosphere—just past the moon’s orbit.

“Nuclear propulsion provides greater propellant efficiency as compared with chemical rockets,” according to a NASA statement. “It’s a potential technology for crew and cargo missions to Mars and science missions to the outer solar system, enabling faster and more robust missions in many cases.”

Certainly, this kind of propulsion breakthrough could introduce substantial tactical advantages from a military standpoint. These advantages include an ability to efficiently and successfully send and operate manned or unmanned vehicles beyond the earth’s atmosphere to conduct surveillance missions, missile defense, and connectivity with satellite systems.

The DARPA program is called Demonstration Rocket for Agile Cislunar Operations. The program aims to engineer a rocket that operates effectively in cislunar space beyond the Earth’s atmosphere and even beyond, according to General Atomics senior officials.

“GA-EMS’ expertise in state-of-the-art nuclear fuels and advanced materials are key components to the NTP design to create a highly efficient and exceptionally safe propulsion system,” Dr. Christina Back, vice president of Nuclear Technologies and Materials at GA-EMS, said in a press statement. “Combined with our in-house capabilities to fabricate these components and others, we can ensure delivery of a superior NTP reactor on orbit and on time.”

How much would a reliable, next-generation propulsion system impact operations? There appear to be a variety of interesting possibilities, including potentially sending interceptors into space to knock out or destroy enemy intercontinental ballistic missiles (ICBMs) or hypersonic weapons. Perhaps using an enhanced propulsion system will better align flight trajectory for an interceptor weapon and enable more precise navigation and ICBM targeting? The prospect potentially introduces new possibilities such as improving surveillance and discernment of kill-vehicle sensors by virtue of enabling longer flights. Thus, this would allow the interceptor to track an approaching enemy weapon traveling through space. It may even allow the interceptor to stay in space longer while searching for threats.