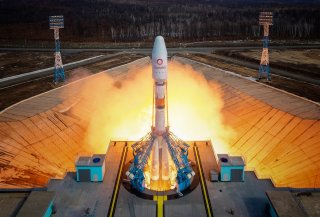 Last month, Russia announced that it will quit the International Space Station (ISS) after 2024 and launch its own orbiting station. Many believe that Russia is using the cooperation related to the ISS as a bargaining chip to secure leeway with the economic sanctions imposed by the West after its invasion of Ukraine. The sanctions are gradually strangulating the Russian economy and this could represent a desperate attempt to find a way out. Regardless, Russia is not the first country to push for its own space station and it was bound to happen sooner or later.

Emerging space powers like China and India already have plans to send lunar missions and independent space stations into low-Earth orbit (LEO). In fact, China has successfully launched two out of three modules of its space station Tiangong; the last module is set to be sent into space by the end of 2022. Similarly, India is determined to launch its space station by 2030. Given this trend, more countries with the resources and ambition to have their own space stations are likely to follow suit in the coming decade.

Low-Earth orbit is already the most congested region in space with the highest concentration of satellites and space debris. Since it is the most accessible orbit, states and private entities have launched satellites for communication, remote sensing, and intelligence, surveillance, and reconnaissance (ISR). At present, there are more than 4,000 satellites orbiting the Earth, 3,000 of which are LEO satellites. The United States alone has an ambitious plan of launching a constellation of military satellites into this orbit notwithstanding, that more than 2,500 private Starlink satellites orbit the Earth already. Experts believe that as many as 50,000 satellites could be hovering in LEO in the next decade.

When it comes to space law, apart from the Outer Space Treaty of 1967 which defines the broad rules of the game for all space players, there has not been any substantial progress. The policy side has also lagged tremendously behind technological developments. This could have serious repercussions if a consensus is not reached regarding a comprehensive space policy, at least for low-Earth orbit. Satellites in LEO have both commercial and military utility and the line dividing the two is not distinct. In an event of a direct military confrontation between two countries that have extensive space-based infrastructure, one side could be tempted to use its anti-satellite weapons (ASAT), which at least four countries overtly possess, to target the space assets of its enemy. The probability of Kessler syndrome becoming a reality, especially since the density of space assets is expected to explode exponentially in near future, is getting higher. Even if the debris caused by the use of ASATs is not taken out of the equation, close encounters between satellites in orbit are already a frequent phenomenon that will become worse.

Major stakeholders in space should be working toward building a consensus to formulate an elaborate space policy in general, and an LEO-focused policy in particular, to protect their multibillion-dollar space stations. In the worst-case scenario of a collision cascade caused by space debris, there would be no winners or losers. Not only would it cost billions of dollars to spacefaring nations, but it would put the lives of astronauts aboard space stations in danger as well. As unabated constellations of small and medium satellites are launched into LEO, the window for policy intervention and avoiding havoc in the sky is already closing.

Akash Shah works as a Research Officer at Strategic Vision Institute, Islamabad. His work focuses on developments and militarization in outer space.