Like America And Israel, Russia Is Going All-In On Suicide Drones 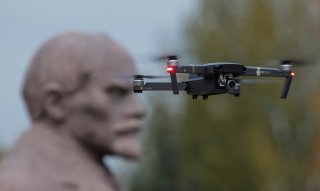 Key point: Everyone is building drones and many countries are realizing cheaper, suicide ones are an effective weapon. This includes not only Russia, but America too.

Michael Peck is a contributing writer for the National Interest. He can be found on Twitter and Facebook. This first appeared in July 2019 and is being reposted due to reader interest.