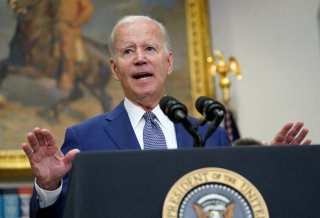 The United States has forgotten one of the basic principles of being a great country: have a strategic vision. Citizens at home and abroad could once point to Washington and name its blueprint for the world. It would change based on the administration, but it always remained coherent and definable. This is no longer the case.

When America descends to Venezuela to foster cooperative dialogue between President Nicolás Maduro’s regime and opposition groups purely for the purpose of acquiring oil, her pleas to India to abandon Russian imports lose their urgency.

When President Trump pulled the United States out of the Trans-Pacific Partnership, Asian leaders must have been surprised to hear Vice President Pence warn that China is responsible for preventing “us from coming to the aid of our allies.”

And when it has become painfully obvious to Washington that a coalition of Middle Eastern states may be needed to resist an Iran that is unwilling to slow down its nuclear enrichment, utterances about Saudi Arabia being a “pariah” suddenly become awkward.

American leaders cannot approach varying regions of the world with inconsistent demands unsupported by an overarching strategic vision. Although this is not the first time that Washington has negotiated with repressive regimes in Latin America and the Middle East, past leaders always had a clear purpose in mind. President Richard Nixon, for instance, believed in the balance of five great powers with little regard for their regime type. The current administration, on the other hand, continues to cooperate with anti-democratic leaders despite alerting Americans to the existential threat posed by authoritarianism. This could eventually damage credibility within U.S.-led alliances.

For over a decade, the United States has shown little interest in combating Chinese and Russian influence in Latin America, has reduced its presence in the Middle East, and has met infrequently with democratic outposts in Africa. This is all good news for Beijing.

At the same time, however, President Joe Biden has met with leaders in the Indo-Pacific, the administration has attempted to draw the Solomon Islands back to America’s side, and the United States joined NATO allies in highlighting China as a long-term challenge.

Americans should be concerned about this degree of inconsistency. As foreign governments feel Chinese investments seep into their key markets and sound the alarm about Beijing’s military buildup, Washington reassures them that American spending will come to the rescue. Yet either nothing gets done or a solution comes at the worst possible moment.

For example, as inflation reaches record-high levels, the House Armed Services Committee has voted to boost the defense budget above the amount requested by the president. Such markups should have been introduced when signs of China’s military escalation were first becoming obvious. Better late than never, but it will be tough to garner the support of Americans frustrated with prices at the grocery store.

The United States emerged from the Cold War as a victorious power because a string of administrations adapted their grand strategies in response to the evolving Soviet threat. Terms like rollback, containment, détente, and deterrence defined techniques expounded behind closed doors. Although no president implemented their strategy impeccably, their diplomatic, military, and economic pursuits could all be traced back to a consistent, well-articulated framework. Today, such uniformity of vision is increasingly difficult to identify.

This is not the first time that the United States has lacked a coherent grand strategy. Sensing the American people’s weariness following the Cold War and the Gulf War, President Bill Clinton chose to wholly prioritize the economy’s health. While this is not a problematic approach in itself, it came at the expense of a robust foreign policy doctrine. Clinton supported NATO’s airstrikes in Yugoslavia for humanitarian reasons but turned a blind eye to the Rwandan genocide. He wanted less involvement in the Middle East but conducted a bombing campaign in Iraq in 1998. America’s short-lived decades of unipolarity were marked by knee-jerk, inconsistent reactions to unexpected crises.

There is one major difference, however. Clinton faced no significant threats on the horizon. Nowadays, we are in an era of great power competition with two main adversaries who aspire to weaken America’s role in the world, and there is still no grand strategy to be found.

Washington cannot remain in this state. Every administration stresses the importance of certain regions of the world more than others, as Biden is doing in Europe and Asia. However, if China really is a long-term challenge, it is irrational to abandon democratic allies in Latin America and Africa, remain dependent on Chinese electronics and appliances, and ease tariffs meant to protect American goods.

No country can predict what crises will be thrown its way, but at the very least, it should be prepared with a grand strategy. The United States needs one now more than ever before.