America Has Already Lost the Strategic Competition with China 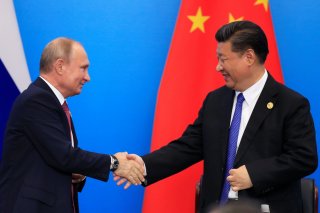 Concern about China's rise isn't new. According to Justin Logan, the Defense Planning Guide of 1992 concludes the need to maintain a strong presence in the Pacific and prevent any hostile power from dominating a region critical to U.S. interests, including East Asia. How then did the United States allow this situation to build? Logan states that while preventing a regional hegemon was a strategic desire, China received broad support across the American political landscape, even achieving "most favored nation" status in 2001. He then asks why, if China needed to be contained militarily, did the United States fuel Chinese growth by trading with it? Logan’s answer? September 11, 2001. The war on terrorism took over.

Counterterrorism operations sculpted the United States' global interactions for the foreseeable future. The American application of primacy through military dominance created an environment that incentivized cooperation with China as an alternative to a U.S.-led global order and boosted Chinese status across the world. While the United States ignored anything unrelated to terrorism, China became indispensable in its unique way, and it did so without interfering in local politics.

This fact looms large as the administration attempts to limit any reference of competition with China as a new cold war. As Paul Heer discussed in a recent piece in The National Interest, such a characterization is misplaced. The United States and China are not locked in an ideological struggle for global supremacy, Heer observes, nor is the world poised to split itself into American and Chinese camps. While this assessment may be correct, American primacy risks drawing divisive lines on its own.

Recent events illustrate the growth of counter-American agreements in the economic sphere and the security and political realm. Iran announced an upcoming multilateral summit meeting with China, Russia, Pakistan, Tajikistan, Turkmenistan, and Uzbekistan to discuss how they can cooperate to promote an inclusive government in Afghanistan. Iran excluded the United States because the Islamic Republic believes the Americans are the leading cause of instability and violence in the country.

In a similar move, Iran and Venezuela have signed a twenty-year cooperation accord in direct defiance of U.S. sanctions on both countries. This agreement came a month after Iran became a full member of the Shanghai Cooperation Organization. Additionally, China is Venezuela's largest lender, sending $60 billion to Caracas so far.

In Africa, the United States has focused on counterterrorism operations in the Sahel. Meanwhile, China has been credited for the African dam boom with projects in twenty-two countries.

The U.S. pivot to the Indo-Pacific has the potential to divide the globe further. In typical U.S. fashion, the approach is military-focused and prioritizes territorial deterrence. Two recent signaling measures illustrate that military containment is a centerpiece for Republicans and Democrats alike.

First, the AUKUS deal between Australia, the United Kingdom, and the Biden administration to sell nuclear submarines to the former is a maneuver that signals U.S. force commitment to the Indo-Pacific and to balancing China. Australia also strengthened the deal by allowing U.S. land, air, and naval forces greater access to Australian facilities in the new U.S.-Australia forces posture initiatives.

Signaling and deterrence have been staples of U.S. foreign policy for some time. Investment by Indo-Pacific nations into their defense capabilities is also a welcomed development, and it may alleviate the need for costly investments by the United States. However, neither nuclear submarine sales to Australia nor firm agreements to defend Taiwan do anything to alter the sphere of influence in which China has gained the most ground: soft power.

The terminology is irrelevant whether the American rivalry with China is called great-power competition, strategic competition, or the ill-advised and arguably misused new cold war. The more pertinent issue is that while the United States spent the last twenty years conducting counterterrorism operations, China was busy growing its soft power and replacing the United States economically.