There Will Be a U.S.-China Cold War 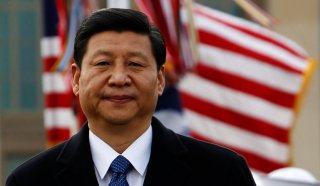 Many scholars and commentators have declared that the United States and China are heading toward—or are already engaged in—a new cold war. In their analysis, the term applies to the bipolar strategic competition between the two nuclear superpowers and their ideologies. It will replicate the U.S.-Soviet Cold War as a contest for global supremacy that will oblige other countries to choose sides between democracy and autocracy. But the war will remain “cold” because neither side seeks direct military confrontation or conquest. Indeed, the U.S.-China cold war will be waged primarily in the economic, technological, and political realms.

Other observers, however, have declared with similar confidence that there will be no U.S.-China cold war because Washington and Beijing are not in fact engaged in an ideological struggle for global supremacy. China does not seek world hegemony or the destruction of capitalism and the American way of life. Nor will the rest of the world divide itself into American and Chinese camps. Former U.S. ambassador to Russia Michael McFaul said comparing the U.S.-China competition to the U.S.-Soviet Cold War risks “misdiagnosing the nature of the threat” and “misunderstanding the nature of the competition.” And as historian Melvyn Leffler said, the Cold War happened “because of the specific circumstances confronting the United States after 1945. The historical context in which the United States operates today, the prevailing configuration of power in the international arena, and the ideological appeal of the rival regime are all entirely different.”

What this division of opinion clearly shows is that whether one thinks a U.S.-China cold war is afoot depends on how one chooses to define the term. Unfortunately, the U.S.-Soviet Cold War is the only historical precedent and model available. Indeed, its unique and cumulative aspects have largely defined the term. But they need not do so exclusively. George Orwell, who arguably coined the term “cold war” in October 1945, before the U.S.-Soviet conflict took shape, referred to it simply as “a peace that is no peace”—a state of hostility short of armed conflict.

The U.S.-China competition is shaping up to fit that basic description. Although Beijing does not seek global hegemony, the eradication of democracy, or the destruction of capitalism (which it has largely embraced), it does seek global legitimacy for its governing model of “socialism with Chinese characteristics.” China is also seeking to maximize its wealth, power, and influence, especially relative to that of the United States—largely because the United States has long been the global standard for wealth, power, and influence. Beijing judges that Washington has adopted a de facto policy of containment to resist an increase in Chinese influence. This pushes Chinese leaders to erode the United States’ ability to obstruct Chinese ambitions. Chinese leaders also seek to exploit fault lines between the United States and other countries that might otherwise collaborate with Washington’s efforts to do so.

This constitutes both a systemic ideological competition and a structural competition between two global powers for international influence—even if their spheres of influence need not be mutually exclusive. While this competition also need not be zero-sum, both sides are increasingly approaching it as such and blaming each other for making it so. They are escalating their economic, scientific, and technological competitions in the apparent belief that being the global leader in both areas is vital to their national security, and that interdependence is unacceptable. They are each equating the other’s military capabilities with intentions to challenge their security, interests, or sovereignty; and increasingly militarizing disputes (mostly involving third parties) that are primarily political and diplomatic and do not lend themselves to military solutions. And they both appear to be presuming the ultimate incompatibility of their two political systems—with the United States perceiving the Chinese Communist Party (CCP) as a threat to democracy, and Beijing perceiving Washington as bent on the destruction of the CCP.

All this reflects and is exacerbated by the lack of strategic empathy on both sides. Beijing and Washington appear unable to fully understand—or unwilling to fully appreciate—each other’s perspective or to acknowledge the reactive component of each other’s behavior. This has been amply reflected in recent diplomatic exchanges in which the two sides talked past each other and denigrated each other’s rhetoric. This lack of mutual comprehension and trust fuels both the underlying security dilemma and both sides’ misattribution of the other’s strategic motives and intentions.

This chasm is further aggravated by the apparent belief on each side that it has the upper hand in the competition. Washington has emphasized that it will deal with China from “a position of strength,” while Chinese leaders have explicitly rejected that premise. Moreover, Beijing appears to calculate that China’s rise and U.S. decline have reached an inflection point, where Beijing is now in position to resist U.S. pressure and start dictating its own terms for the relationship. Both sides are thus overestimating their own power and underestimating their vulnerabilities.

They are both wrong. More importantly, both are inherently vulnerable. And behind their bluster in dealing with each other, both sides are internally confronting that vulnerability in ways that greatly increase the probability of a de facto cold war—by Orwell’s definition—between them. The domestic political situation in both the United States and China is pushing them toward a zero-sum confrontational approach to each other.

On the American side, the belief that China poses a Soviet-style threat to the United States is partly a byproduct of political dysfunction, polarization, and economic malaise, which have been developing for over a decade but were exacerbated by the impact of the Trump presidency and the coronavirus pandemic. Perhaps predictably, this has fueled a sense of national vulnerability that has, in turn, generated exaggerated external threat perceptions—especially of China. In addition to Chinese trade practices being blamed for setbacks or weaknesses in the U.S. economy, China’s overseas influence operations are perceived as a threat to American democracy, and its space and cyber capabilities as a threat to America’s homeland security. All of these Chinese tactics and tools represent real and substantial challenges for the United States, but the danger they pose to the American way of life has been greatly overstated.

The Biden administration, however, is constrained from adopting a neutral and empirically-based assessment of the challenge China poses because doing so runs the risk of the administration being characterized by the Republicans—and even many Democrats—as soft on the threat from China. And the partisan divide is so evenly and delicately balanced in both the public and Congress that neither Biden nor a potential Republican successor will be inclined to take the risk of giving the opposition party such ammunition. This is already reflected in Biden’s inability or unwillingness to retreat from some of Trump’s inflated rhetoric about China. For the same reasons, neither will Biden be inclined to openly acknowledge the relative strategic decline of the United States—and the impact of domestic dysfunction on its credibility abroad—which should be prompting constructive engagement with China. Instead, he has doubled down on the theme that “America is back,” the ideological contest with China between democracy and autocracy, and the need for competition over cooperation with Beijing.

On the Chinese side, the belief that the United States poses an existential threat to China is based partly on U.S. policy statements over the years that implicitly or explicitly advocated regime change in Beijing. Such statements have validated CCP leaders’ visceral and legitimate fears of domestic unrest, and the potential for it to be aided and abetted by foreign subversion. But negative views of the United States among the Chinese public are also fueled by a history of foreign infringements on Chinese sovereignty—in which the United States played a role even before CCP rule—and perceptions of arrogant and interventionist U.S. international behaviors in recent decades. These perceptions are consistently fed by CCP propaganda, but there is ample historical truth in them.

Under these circumstances, Xi Jinping and his colleagues in the CCP leadership are not inclined to initiate a substantively accommodative approach to the United States. They judge that they cannot afford to be perceived by the Chinese people—or each other—as soft on the U.S. threat. Moreover, they are not going to retreat from China’s rise and its pursuit of global stature and influence, which has been a Chinese imperative for 150 years. The Chinese believe that China’s time as a great power has arrived and they will not let the United States deny or prevent that from happening. This mindset has become manifest in China’s “wolf warrior” diplomacy. More importantly, it is reflected in its mainstream diplomacy and in speeches and writings by Xi and other Chinese leaders about China “moving toward the center of world affairs” in ways commensurate with its twenty-first-century wealth and power.

Paradoxically, both sides are exhibiting a combination of hubris and insecurity—neither of which lends itself to a considered, rational approach to the bilateral relationship. On the contrary, they lend themselves to zero-sum thinking and strategic paranoia. Both sides have an exaggerated sense of their material (and even moral) leverage over the other, which hinders any consideration of compromise on important issues or a truly reciprocal approach to dealing with each other. At the same time, both face severe internal challenges that are almost entirely self-inflicted: American democracy is eroding, and “socialism with Chinese characteristics” is probably a house of cards. But both Washington and Beijing find it easier to blame their problems on the other side—or at least deflect attention away from them and toward the supposed foreign “threat”—than to effectively confront those problems. This only reinforces the inflated threat perceptions that hinder self-reflection and self-help on both sides.