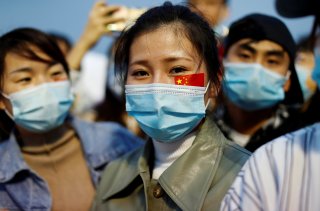 Determining the right prescription for how the United States should respond to strategic competition with China depends on having the right diagnosis of the problem. Unfortunately, much of the prevailing analysis and commentary on the subject has gotten the diagnosis wrong by misunderstanding or misrepresenting the nature of the challenge that China poses.  Let us examine what it is, and what it isn’t.

The U.S. contest with China is a full scale, full-spectrum strategic great-power competition for wealth and power and influence, both within East Asia and globally.  It features competing models for political governance and economic development, as well as competing views on the structure and rules of the international order. This competition is being driven primarily by historic changes and structural shifts in the wake of the U.S.-Soviet Cold War and—more recently and perhaps more importantly—the Global Financial Crisis of 2008–9.  These events and their consequences have altered the global balance of power and especially the relative strategic trajectories of the United States and China.  This new status quo has inevitably fueled tensions, suspicions, and competition between the world’s two biggest powers.  Each side is determined to maximize its position and its freedom action relative to the other.

This competition, however, is not automatically or necessarily an adversarial relationship, or a zero-sum or winner-take-all contest. It is not, or at least should not be, exclusive of bilateral cooperation—which in fact will be necessary and vital to both countries and for the sake of the rest of the world. And contrary to many prevailing views, it is not a product of Chinese leader Xi Jinping’s personality or personal ambitions. The historical and structural drivers of the competition largely predated his rise to power in 2012.

Perhaps most importantly, this is not an existential ideological struggle, like that between the United States and the Soviet Union. The ideologies and strategic objectives of the two sides are not mutually exclusive, or at least need not be. China is not seeking to destroy the U.S. system or to supplant the United States as the global hegemon. Indeed, Beijing has almost certainly calculated that global hegemony is unachievable, unnecessary to secure China’s interests, and not something to be particularly wished for. Chinese leaders probably recognize that pursuing global hegemony would be counterproductive, and destabilizing in ways that would not be conducive to China’s interests or its security.  They probably also calculate—based in part on having observed the U.S. example—that possessing it would be both burdensome and unsustainable. Given this cost-benefit analysis, Beijing is prepared to settle for something less than global predominance, which is why Chinese leaders talk a lot about global “multipolarity.”

It is within this framework of pursuing and promoting multipolarity that China is seeking to legitimize its model of governance and development, not impose it upon other countries. This is part of what Beijing is referring to when it routinely invokes a “community of common destiny for mankind.” Rather than being the expansionist and aggressive Sino-centric vision that some scholars have attributed to the phrase, this is actually a relatively benign slogan that hearkens back to the “five principles of peaceful coexistence.” Its core emphasis is on mutual respect for—or at least tolerance of—alternative governing systems, and mutual pursuit of solutions to shared global challenges and imperatives. Similarly, when Chinese leaders talk about the “reform of global governance,” they are clearly talking about reform—not replacement of the international system with one of China’s making or wholly in China’s image. Indeed, Beijing sees the existing international system trending in its favor. But it wants to adjust and update the system to make it even more reflective and representative of the twenty-first-century balance of power in the world. And obviously the Chinese would like to maximize the extent to which the system serves China’s agenda and endorses its preferred ways of doing business.

Much commentary has deemed the U.S.-China strategic competition to be a new Cold War. But is only a “cold war” to those commentators who choose to define the term in a way that serves that purpose. But that comparison is inappropriate because, again, the U.S.-China contest is not an existential ideological struggle. The world today is not characterized by two opposing ideological camps aligned with Beijing and Washington; and the United States is integrated and interdependent with China in ways that it never was with the Soviet Union. Indeed, the competition with China is unprecedented because Washington has never faced a strategic or ideological rival that had its act together while being competitive in various realms.

In sum, the challenge from China was accurately and succinctly captured by Chinese scholar Wu Xinbo who has noted that “China does not pose an existential threat to the United States, yet it does threaten to dilute US hegemony, share its global leadership role, and demonstrate an alternative to its development and governance model.” That is the nature and scope of the competition that the United States is now confronting.

Given this diagnosis, what is the best prescription for Washington? First, the United States needs to fully recognize and acknowledge that the balance of power in the world has changed as a consequence of recent historical developments and the impact of globalization and interdependence. This has altered the relative clout and capabilities of China and the United States. Additionally, it has altered the leverage they have in dealing with each other. This, in turn, will require Washington to reassess the relationship between its means and its ends and to recognize the growing need for trade-offs and reciprocity in its approach to Beijing.  It will also require the United States to understand that policies of containment or regime change in China are probably not realistic, and instead are likely to be counterproductive. Finally, Washington needs to recognize that U.S. “primacy”—either within East Asia or globally—almost certainly is no longer viable or sustainable; and that this is one of the reasons U.S. allies and partners abroad are disinclined to join the United States in a zero-sum contest with China or one that is focused on containment or regime change.

So what should the key elements be of a recalibrated U.S. approach to China, based on these new strategic realities? Given that the challenge from China—although it has a traditional military component—is primarily in nonmilitary realms, the United States needs to focus first and foremost on reviving and mobilizing its economic and technological competitiveness. Rather than merely complain about—and often mischaracterize—Beijing’s economic diplomacy and especially its expansive “Belt and Road Initiative,” Washington needs to compete against it by offering alternatives to the countries China is targeting for resources, markets, access, and influence. The United States also needs to revive and mobilize American diplomacy, which has apparently fallen by the wayside and is underfunded. We will make little progress in de-escalating tensions with Beijing unless we are willing to engage routinely and extensively with Chinese counterparts, and there are myriad bilateral and multilateral issues that need urgent attention and cooperation.

None of this is meant to imply inattention to the traditional security realm.  Knowing what we do about the breadth and scope of Chinese capabilities and activities, the United States can and should continue to maximize its own capabilities, vigilance, and deterrence in the military, space, intelligence, and cyber spheres and—increasingly—in the domain of influence operations.  At the same time, Washington must avoid overly militarizing issues that are not primarily military problems or that do not lend themselves readily to military solutions; issues surrounding Taiwan, the South China Sea and the Korean Peninsula all fit within this category.  The United States also can and should reinvigorate its network of Allies and partners to deal collectively with the China challenge, but do so on the basis of shared and realistic objectives—recognizing our foreign partners’ different strategic priorities, threat perceptions of China, and comfort levels with a confrontational approach.

Finally—as most commentators have observed—all of this will require the United States to get its house in order.  The current political, social, economic, and public health crisis has hampered America’s ability to confront external challenges. But it has also fueled a tendency to inordinately blame China for many problems that Americans have largely inflicted upon themselves. This must be resisted and corrected if Washington is to deal with Beijing on a reasonable basis and to focus on the real, core elements of the strategic competition with China. The United States, in short, needs to make its version of democracy and capitalism internationally competitive again. And Americans need not fear this contest with China unless they have lost faith and confidence in their country’s model.

Paul Heer is a Distinguished Fellow at the Center for the National Interest and a Non-Resident Senior Fellow at the Chicago Council on Global Affairs.