Why a Rising China Creates a New Cold War Calculus 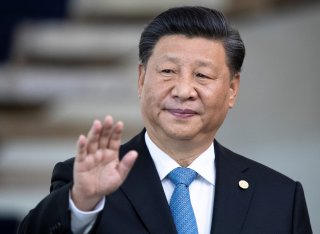 “It is clear, absolutely clear,” said President Joe Biden at his first presidential press conference, “that this is a battle between the utility of democracies in the twenty-first century and autocracies.” Biden’s rhetorical flourish echoed a more famous one from his political idol, John F. Kennedy, who declared in his first inaugural speech in 1961 that “we shall pay any price, bear any burden, meet any hardship, support any friend, oppose any foe to assure the survival and success of liberty.” There are few sentiments more stirring, and more enduring in the American political lexicon than the notion that the United States represents the last, best hope for freedom and democracy in a dangerous world.

However, it is not 1961 and this framing of the burgeoning U.S.-China confrontation is not only wrong, it is dangerously counterproductive. The People’s Republic of China (PRC) may be an autocratic regime, but, unlike the Soviet Union, it does not expressly threaten existing democratic regimes, nor does it have as its objective the ultimate extension of its own system to the entire world. The Soviet Union was committed to that objective, and it actively pursued it through Communist Parties around the world that took direction from Moscow and via its own institutions, such as the KGB, and the International Department of the Central Committee of the Communist Party, which had as central tasks the transformation of other countries’ domestic political and economic systems.

Framing the issue as a clash of democracies versus autocracies is profoundly damaging to the very cause Biden is trying to pursue, namely counteracting the negative impact of Beijing’s growing influence around the world. One of the United States’ main advantages over China in this confrontation is its network of international relationships. This includes America’s formal treaty allies, such as NATO, key countries in Asia, the Middle East, and Latin America, and many others, such as Vietnam and India. Perhaps they are not formal allies but have been increasingly looking to cooperate with the United States in the security arena. Meanwhile, China’s greatest weakness may be the fact that some seventy-plus years after the founding of the PRC, it still has no formal allies outside of North Korea, and its neighbors almost universally regard it with a certain amount of fear and suspicion.

Many of those countries, which are wary of Chinese rising power and have either sought out American security cooperation or could potentially be in the market for a powerful ally, are not democracies by any conventional definition. Many of them do not have perfect human-rights records and have found themselves subject to criticism from Washington and Brussels at times. There has often been a delicate balance in U.S. relations with countries such as Saudi Arabia and Turkey between cooperation and criticism, but that balance has relied upon those countries believing that the criticism did not represent a fundamental threat to their regimes.  This meant that cooperation with the United States against common threats was still a net benefit for them. By adopting the position that we are in a battle of democracies against autocracies, the United States is undermining that calculus. It is making the leaders of such countries think that it is the United States, rather than China, which represents a more fundamental threat to their interests.  As a consequence, we are pushing countries away from us and toward China, creating a coalition of autocracies where none existed before, and none need exist in the future.

China’s rise, in a crowded and competitive region full of border disputes, has inspired a rising backlash around the world. This backlash has been partly inspired by China’s thirst for natural resources, markets for its goods, and employment and investment opportunities for its workers and capital. Politicians across the Global South from Zambia to Malaysia have campaigned against Chinese influence. Turkey has criticized China over its persecution of Uyghurs. Nations on the South China Sea littoral have been bullied by Beijing. Even Russia nurses fears about Chinese designs on the Russian Far East, part of the reason that the Shanghai Cooperation Organization has never turned into the counterforce to NATO that some once predicted.  Despite feints toward a united front, on issues from Ukraine to the South China Sea, Russia and China continue to manifest distrust and lack of cooperation.

For the right policy approach, Biden should look to a different leader from the 1960s: Mao Zedong.  In his famous 1937 essay On Contradiction, Mao argued that in any situation, the key was to identify what he called the “principal contradiction” and separate it from the “secondary contradictions.”  In practice, this meant orienting Chinese foreign policy around the battle with the main enemy, first the United States, and then later the Soviet Union, while seeking opportunities to overcome “secondary contradictions” with states with which China had disagreements, but perhaps also a common interest, such as France and Japan. Doing so would help China capture as much of the “intermediate zone” as possible—those countries which were not the principal antagonists—while denying their support to China’s enemy.

The coming confrontation with China is one for which American history provides no exact parallels. China is not only a military and political competitor but an economic and potentially even a cultural one as well, in a world that is bound much more tightly together than the world of the Cold War. In this context, dividing the world between democracies and autocracies, free and unfree, is effectively a way of papering over China’s weaknesses by pushing reluctant allies towards it. Instead, the United States should seek to capture as much of the “intermediate zone” as possible and deny it to China. Instead of talking about democracy and autocracy, the United States should focus on the ways in which China’s actions threaten all countries, such as its aggressive territorial expansion and its extractive economic relationships, as well as help countries on a bilateral basis in their own interactions with Beijing. Countries across the world have more to fear from a rising China than they do from the United States that has a transparent political process, one that many of them have been dealing with for decades. Adopting this approach may not be as glamorous as another crusade for democracy, but it is the foreign policy approach more likely to succeed.

Jeremy Friedman is an associate professor at Harvard Business School and the author of Shadow Cold War: The Sino-Soviet Competition for the Third World.