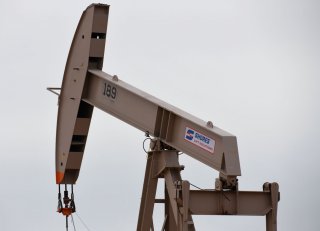 America’s energy boom over the last decade has brought about tremendous benefits. Households have saved $2,500 per year in lower all-around energy costs. Even better, America’s status as the world’s largest oil and gas producer has loosened autocratic petrostates’ dangerous grip on oil supplies.

But, as with everything else these days, the coronavirus pandemic is threatening all of that.

The decline in energy demand from an economy on lockdown and a price war by Russia and Saudi Arabia has placed American oil producers on edge. The result? The lowest oil prices in twenty years—and the negative effects from that could last a long time.

Indeed, many producers are on the brink of bankruptcy, as their bonds have entered “junk” territory. Renewable energy projects have stalled, too, as critical materials are stuck in a supply chain bottleneck. In short, it’s hard to overstate the chaos that oil markets are embroiled in, and the immediate future will be harsh for American oil producers. But there are still ways for America to come out on top.

The administration has engaged Saudi Arabia on potential production cuts and will meet with industry executives soon, although any resulting action remains speculative. While waiting on that decision, in the short term, America could seek agreements with allies to fill their oil reserves with American oil. Similarly, filling America’s own Strategic Petroleum Reserve while prices are low was a good idea that Congress let slip away, and should revisit. Furthermore, considering the crunch of decreased oil demand, increased oil supply, and bond payments coming due, the Treasury Department could either postpone loan payments affected by COVID-19 or back interest payments for at-risk companies to stabilize credit markets. If enacted, though, that should be a one-time event, as the industry should pursue growth that doesn’t lead to insurmountable loan repayments (a problem that’s been brewing even before the pandemic).

Several long-term options exist as well, even some independent of government action. Combining digital technology with fracking, for instance, is just the beginning—and is the next step in innovation. As it stands, only 10 to 15 percent of extractable oil from shale formations is currently being recovered, so any increase will certainly reduce operation costs. And where the government should help is by repealing the 1920 Jones Act, which forbids ships less than 75 percent American owned, crewed, and built from carrying cargo between American ports—a standard that no natural gas transport ship in the world meets. That would allow American energy to flow more freely within American territory. Such a move could eliminate Russian natural gas imports, which benefit from this quaint law, but whose predatory behavior should not be rewarded.

And aside from oil, coronavirus-induced supply chain disruptions are underscoring America’s lack of preparedness regarding a renewable energy buildout. The rare earth elements necessary to build wind turbines, solar panels, and batteries are controlled by a small number of countries, most notably China. America imports 100 percent of over twenty key minerals needed to construct renewable technologies and is almost as reliant for critical rare earth minerals.

Unsurprisingly, numerous renewable energy projects have been delayed as the flow of critical materials from China specifically has been paused, threatening production contracts. While not as severe as the oil shocks, an unintentional two-month supply chain disruption gives a glimpse of what a longer, intentional disruption could entail.

Fortunately, though, there are some options to safeguard against either possibility.

America should increase rare earth element mining on its own lands by reducing the difficulty to do so. Despite a wealth of resources, opening an American mine takes ten years, which is five times longer than other environmentally-conscious allies. Reducing red tape and bureaucratic inertia can align America with other countries that responsibly mine these materials. And under one-third of American land is adequately mapped for these elements, so increased mapping can provide more certainty for private sector exploration and production, as evidenced by Canada and Australia.

The rare earth elements that are mined can be better recycled and reprocessed to increase their availability at competitive prices. Additionally, striking trade agreements with allies who are already investing in rare earth element mining, ensuring those agreements are respected, and countering China’s mining dominance in resource-rich Africa through government partnerships can reduce the likelihood of supply chain disruption.

The unprecedented extent of the coronavirus pandemic has highlighted areas we must improve if America is to stay at the top of the energy food chain. But improvement must be agile and it must be quick if we’re to avoid the worst national shocks.