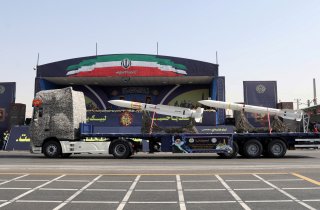 More than a month ago, my former home near Aviano Air Base in Northern Italy became the first European epicenter of Coronavirus. When news of Italy’s mass lockdowns began, worry led me to contact former colleagues and family living there.

As my adopted home state of Washington became the center of COVID-19 attention, it was me who started to hear from concerned friends and family. Stuck at home under quarantine, like many Americans, leads me to recall the last time that occurred.

Stationed in New York City, two Air Force colleagues and I had just driven through Battery Tunnel under the World Trade Center on our way to McGuire AFB in New Jersey for our official portrait photos. It was a beautiful sunny day, Sept. 11, 2001. By 8:46 a.m. we were on the Verrazano Bridge with a clear view of the North Tower. Smoke had just started to billow from the building. Like now, we asked ourselves during those days that followed, “How safe are we?”

The question has as much relevance during today’s pandemic. Bad actors remind us that during crisis, some see opportunity – a chance to consolidate and flex illegitimate power. Iran is among those.

Last month President Hassan Rouhani called COVID-19 an enemy plot. The virus is a biological weapon, according to Iranian state television, “created by the ‘Americans and Zionist regime’ to target Iranian DNA.” Doctors and nurses killed by the virus are therefore martyrs of the Islamic Republic.

This irrationality comes from a country that since last summer has more than tripled its stockpile of enriched uranium. Last month a confidential International Atomic Energy Agency report confirmed: “Iran now possesses more than 1,020 kilograms of low-enriched uranium.” Iran only needs 1,050 – and about three and a half months processing time – to produce material for a bomb. During the same period, Iran has ignored IAEA queries about their nuclear activity and denied site access to IAEA inspectors.

Fortunately, Iran-launched missiles can’t reach the United States. That could change in just a few years.

Collaborating with North Korea to expand the reach of its formidable missile arsenal – the largest in the Middle East – Iran could develop long-range strike capability within the next decade, and perhaps just a few years.

That’s not as physically concerning here in Washington state as it should be in New York and Washington, D.C.

Any North Korean missiles aimed at the West Coast would overfly Alaska, where forty – and soon to be sixty – U.S. intercept missiles sit ready. Four more interceptors in Southern California provide backup. Next year the Navy will operationalize its Aegis Ashore test complex on Kauai, providing another much-needed layer of defense for Hawaii.

I first heard of Aegis Ashore-like capability as a commander of NATO support troops in Norway and Poland. It was 2007, the UN was tightening sanctions on Iran over its uranium enrichment program, and the United States was negotiating with the Czech Republic and Poland to construct a European missile defense shield. It wasn’t lost on us in Norway that we’d be under the flight arc for Iranian missiles headed for America.

That plan evolved into the now-operational Aegis Ashore defense complex in Romania – a package of operationally proven Spy-1 radars and Standard Missile 3 silos – and another planned for completion in 2022 in Poland.

If Iranian missiles get past our defenses in Europe, we would have to rely on West Coast interceptors to make the long-reach kill. There is no additional layer of defense, no East Coast test facility ready to be operationalized. No margin for error.

To complicate defense planning, those forty-four Ground-Based Interceptors in the West are no longer a good investment. The first missiles that went operational in 2004 will see a drop off in reliability this decade. Furthermore, the entire system faces technological obsolescence. A 2018 buy of twenty GBIs bound for Alaska will be the last. Their replacement, the Next-Generation Interceptor, won’t see field tests until the mid-2020s and may not be combat-ready until 2032.

That’s up to twelve more years of no layered or backup defense for our East Coast cities. Meanwhile, IAEA inspectors are denied access to suspicious desert sites as Iranian scientists work in the shadows.

Downplaying Iran’s missile threat used to be more defensible. After all, Iran didn’t have the capability, Pentagon budgets were being slashed and, although Aegis and SM-3s sustain high intercept scores, the West Coast’s Ground-Based Interceptors had less than a 60 percent kill rate (still do, that’s why we’ll launch more than one).

Now we’re looking at half a dozen years or so, maybe less, before we’re met with a formidable Tehran threat. And yet we have missile defense for Europe, and not for our own East Coast. It’s “a gaping hole” in our nuclear security umbrella, according to Ariel Cohen, senior fellow with the Washington, D.C.-based think tank Atlantic Council.

We need to keep 9/11 in sharp focus, even during this time of Coronavirus. It’s time we step away from reviewing our options and start executing system deployments. We should already have Aegis Ashore operating from Fort Drum, N.Y. – the site previously identified by the Pentagon – or other suitable locations, with missiles fueled and ready to protect Americans.

Mike Paoli is an Air Force retiree and former overseas air station commander. He studied national security issues at the Air War College and nuclear reactor technology at the Massachusetts Institute of Technology.