Is America's Wealth Inequality A True Crisis In The Making? 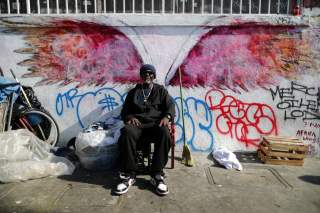 A growing number of political leaders consider wealth inequality to be a major economic and social problem. They complain that wealth is being shifted to the top at everyone else’s expense.

Is wealth inequality the crisis that some people believe it is?

A new Cato study examines six aspects of wealth inequality and discusses the evidence for the various claims being made. Here are some findings:

Wealth inequality by itself is not a useful metric, but the underlying causes should be considered. U.S. wealth inequality has risen modestly, but mainly because of innovation and growth that is raising all boats. Policymakers should aim to reduce inequality by ending cronyist programs and removing barriers to wealth-building by moderate-income households.

The new study by Chris Edwards and Ryan Bourne is here.

Chris Edwards is the director of tax policy studies at Cato and editor of www.DownsizingGovernment.org. ​