Are Hezbollah’s Lebanese Allies Turning Against It? 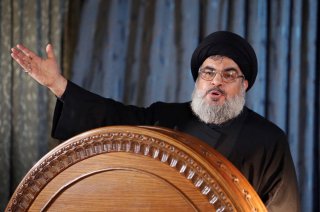 Nothing is permanent in politics. This is particularly true in Lebanon, especially following new fractures in the Hezbollah-Free Patriotic Movement (FPM) alliance. In the closing days of 2021, President Michel Aoun, for the first time, openly condemned Hezbollah for its role in obstructing cabinet meetings in protest of Judge Tarik Bitar’s ongoing investigation in the Beirut port blast. These new developing realities are putting the alliance at risk of disintegrating.

Hezbollah led a nearly three-month cabinet meeting boycott, which only ended recently, creating consternation in the minds of many Lebanese who viewed the alliance as unbreakable. This conclusion was well-founded considering Aoun, a former army general, attained the presidency only through Hezbollah’s unyielding support. As a result, it was difficult to contemplate whether he would attack them, even if only rhetorically.

With that said, Hezbollah owes its survival as a national resistance movement to FPM’s defense of the group in front of its large Christian base. Otherwise, conventional wisdom suggests this populace would see Hezbollah as Iran’s regional proxy. However, Lebanon’s political conditions have changed since the 2006 Mar Mikhael agreement that cemented a political alliance between the two parties.

Aoun’s criticism included a passive rebuttal of Hezbollah’s armed wing and its role in countries across the region, arguing “the state alone puts in place the defense strategy and attends to its implementation.” Aoun’s assertion of state legitimacy over Hezbollah’s independent foreign policy comes at a time when Lebanon has been alienated by its traditional allies like Saudi Arabia. Riyadh is fighting a war against Iranian backed Houthi rebels in Yemen, which it claims is supported by Hezbollah.

Riyadh denounced Hezbollah’s involvement in Yemen and cut its diplomatic ties with Beirut after a video of George Kordahi, the former information minister and Hezbollah ally, sympathizing with the Houthis circulated online. This video worsened Lebanon’s economic woes while dropping additional weight on ordinary Lebanese citizens. Such a situation is not politically preferable for Aoun, who in late 2021 said he wants the “best” relations with Saudi Arabia and other Gulf countries who showed solidarity with the kingdom.

Thus, considering the divergence of rhetoric and interests in this regard, it is fair to question the resilience of the FPM-Hezbollah relationship. The FPM’s current president, Gibran Bassil, believes the relationship will not last. He highlighted several grievances with Hezbollah, but his greatest frustration is the group’s decision to side with the Amal Movement, a Shia faction led by Speaker Nabih Berri, over his party in the Lebanese Parliament.

“We reached an understanding with Hezbollah [in 2006] not with Amal,” Bassil said in an hour-long speech. “When we discover that the one making decisions in (this alliance) is Amal, it is our right to reconsider.”

Ultimately, Bassil is attempting to promote himself as a reformer with harsh rhetoric that acknowledges how the memorandum with Hezbollah has failed to live up to its promises of a better Lebanon. Further, this truth is carefully timed before the parliamentary elections that will occur in May 2022. Still, it may be counterintuitive to reveal dissent among friends before an election that can decide the fate of your party’s political future.

However, Bassil expressed a willingness to lose seats in the election if Hezbollah refused to meet his demands for an evolution in their alliance. “Naturally, we are stronger electorally if allied with Hezbollah. But between winning the elections and gaining ourselves, we choose ourselves, our credibility and our dignity.”

Yet while that sounds admirable in headlines, it is difficult to imagine how the groups will not reach a solution that puts the current crisis in the past. The inescapable truth is that both still need each other to achieve their political ambitions. Many in Lebanon see Bassil as a man who aspires for the presidency after his father-in-law, Michel Aoun. Further, if Hezbollah loses the largest Christian political party in Lebanon, it will no longer have the cross-sectarian alliance that has legitimized its independent weapons arsenal. Additionally, some citizens support transferring Hezbollah arms to the Lebanese army.

Nevertheless, if permanent change manifests between Hezbollah and the FPM, it will be the public revelation of where they do not align politically. Still, if the unthinkable happens and the pact ends, it carries the risk of a breakdown in social cohesion among the Lebanese. At that point, coexistence between different faiths cannot depend on politician dealmaking. Instead, it will require the Lebanese people’s wisdom to live in peace with one another.