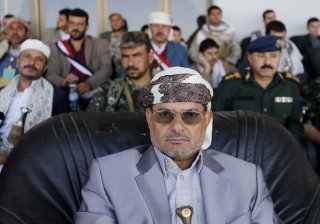 In a televised speech, Lebanese president Michel Aoun called for a “national dialogue” to confront the political and social issues that had led to popular dissatisfaction within the country over the past fifteen years.

Among other points, Aoun insisted that his government wanted to preserve good ties with the states of the Gulf Cooperation Council (GCC), with which Lebanon came into conflict after the country’s information minister was revealed to have been critical of the Saudi Arabia-led military intervention in Yemen prior to his appointment.

However, Aoun surprised viewers when he indicated that the country’s defense strategy would be reworked—and said that the state alone would implement it, in an apparent rebuke to the Lebanese militia-turned-political party Hezbollah, Aoun’s erstwhile key political ally.

“It is true that defending the nation requires cooperation between the army, the people and the resistance,” Aoun said in his statement. “But the main responsibility is the state’s.”

“The state alone puts in place the defense strategy and attends to its implementation,” Aoun continued, implicitly criticizing Hezbollah for conducting its foreign policy independently of the rest of Lebanon.

Hezbollah emerged as an Iran-backed militia opposing Israel during its military occupation of southern Lebanon. Its members refused to put down their weapons at the end of the country’s civil war. The group is now the country’s most powerful military organization in Lebanon, exceeding the strength of the national army; it has 100,000 fighters, according to leader Hassan Nasrallah, and has amassed tens of thousands of sophisticated rockets for use in a future war against Israel.

Aoun’s alliance with Hezbollah allowed him to assume the country’s presidency in 2016, and his Maronite Christian party’s past support for Hezbollah has allowed the group some measure of political cover for its activities. However, the strategic alliance between the two has come under strain in recent months, particularly in the run-up to Lebanon’s scheduled May 2022 elections, at which time Aoun’s six-year term will end and a new head of state will be elected.

Aoun warned on television that Lebanon was “falling apart,” and called for urgent action on financial reforms, including a plan that would help the country recover from its 2019 financial crisis. That financial crisis led to an economic meltdown that the World Bank referred to as one of the most severe in world history.

Efforts at recovery were further damaged after an August 2020 ammonium nitrate explosion at the Port of Beirut that leveled the city’s downtown area. Although Hezbollah has not been directly implicated in the blast, it is known to have been involved in corruption at the Port of Beirut, and has attempted to obstruct the investigation into the blast’s origins.