Are Saudi Arabia and the UAE No Longer U.S. Partners? 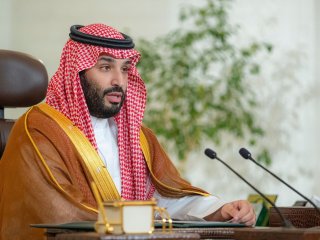 Saudi Arabia and the United Arab Emirates’ (UAE) decision at the March 31 OPEC+ meeting to refuse to use their substantial spare production capacity to offset widely anticipated losses in export volumes, while also tying the decision to a pressure campaign on the Biden administration for concessions on other issues, represents a major departure from the unspoken but well understood “oil for security” tradeoff. This view, which has long underpinned America’s partnerships with those countries, was already arguably outdated in terms of U.S. interests. But now, these states’ demonstration of their unreliability in an energy crisis should lead to a downgrading of those relationships to more of an “arms-length” stance. Indeed, this would not only reflect the United States’ reduced confluence of interests with the Saudis and Emiratis, but also the declining importance of the Middle East to U.S. national interests.

In the past, the “oil for security” understanding had not failed in times of genuine market crises as a result of supply losses. When Iraq invaded Kuwait in August 1990, total OPEC production was higher in December 1990 than it had been in July despite exports from Kuwait and Iraq being offline—as a result of offsets provided by Riyadh and Abu Dhabi. Gulf partners could safely ignore Washington when American presidents complained about “pain at the pump” for domestic political reasons, but even when they disagreed with U.S. policy, such as during the 2003 invasion of Iraq, they were willing to help mitigate genuine supply deficiencies.

This time, though, Riyadh and Abu Dhabi both sought to leverage the economic and political pain inflicted on the United States by Russian oil export losses to coerce the Biden administration into making major concessions on security issues where they have disagreements with the United States. Publicly, the refusal to use their spare capacity was attributed to a lack of immediate volume losses in March and the need to stay within the OPEC+ framework. The real position, though, was staked out in bilateral contacts as well as a series of authorized leaks and op-eds by pro-Saudi commentators. Their demands included enhanced military and intelligence support for their war in Yemen, including a redesignation of the Houthi movement as a terrorist organization, which the United States has refused thus far in part due to concerns that it could make it more difficult for international organizations to provide famine relief aid. They also wanted the United States to abandon its ongoing efforts to revive the 2015 nuclear deal with Iran (the Joint Comprehensive Plan of Action or JCPOA) and for President Joe Biden to deal directly with Crown Prince Mohammed bin Salman rather than insist on contact only with King Salman. This public pressure campaign came after the United States had already agreed to deploy F-22 fighters and the USS Cole to the UAE in the wake of Houthi drone attacks. Pro-Saudi and UAE sources indicated that the United States was preparing to make concessions, but none of these have been forthcoming.

The Saudi-UAE assumption that the Biden administration would change U.S. policies in the region in the face of higher oil prices was not only mistaken, but it revealed that the United States cannot rely on cooperation from Riyadh or Abu Dhabi in oil supply crises—something which U.S. government planners have pretty much assumed going back to the latter years of the Carter administration. Combined with the Saudi’s decision at the beginning of King Salman’s reign in 2015 to crush U.S. shale production with oversupply, mistakenly assuming it would not bounce back the way it did in 2017-2019, Saudi oil policy seems to often be overtly adversarial—nothing like the market balancing role which Saudi officials had often argued in Washington previously made them a reliable provider of a global public good.

A central irony of the current situation is that the threat which has Riyadh and Abu Dhabi so concerned, and rightly so, is one which the United States itself cannot provide solid defenses against drones and increasingly accurate ballistic missiles. This is a race which the offense seems likely to win, as the drones and ballistic missiles used by Iran and the Houthis are cheap to produce and draw heavily on off-the-shelf technology while defensive systems are extremely expensive as well as only partially effective. Given the vastly superior Saudi and Emirati air forces, which can threaten Iran (especially its oil and gas infrastructure concentrated in the south), this has created an era of “mutually assured vulnerability” in which neither side is able to adequately defend its critical infrastructure. This has several very important implications for regional security and should cause the United States to question the continued utility of such large military deployments in the region.

The advantages enjoyed by offensive systems make the U.S. military deployments much less relevant to the free flow of oil and liquefied natural gas. U.S. policymakers have given this much less thought than it deserves. Iran’s attack on Saudi facilities at Abqaiq in 2019 could have caused a major disruption of oil output had it chosen to hit a larger number of targets within the complex—one which the Saudis would not have had the option of offsetting with their unused production capacity. Iran chose not to do so, while still demonstrating its capability. The U.S. military presence in the region has had various rationales going back to the Carter Doctrine—a response to Cold War fears that the Soviets could hand the West a fait accompli and undermine Europe—but since the 1980s the U.S. mission has been protecting freedom of navigation against potential Iranian interference. But now, there is no immediate extra-regional threat, and none of the Gulf powers has a military capable of invading neighbors of substantial size. If Iran wanted to hit Arab exports, it could do so much more effectively by destroying infrastructure which has a long lead time to rebuild, rather than posing a threat to navigation. Of course, the threat of a Saudi or Emirati response in kind would serve as a major deterrent to this “lose-lose” scenario for both parties.

Even if supplies were disrupted, the massive decline in the “oil intensity” of U.S. GDP mitigates risk to some extent. The economic damage to the United States from a major oil disruption would be much less of a blow to the U.S. economy overall than it would have been in the 1970s—still there, but less important. The United States should continue to maintain a Strategic Petroleum Reserve (SPR) for this purpose, replenishing it when the current crisis with Russia ends. Being located securely in the United States and independent of fickle authoritarian regimes, it is currently showing its value, despite having previously been misused by presidents of both parties for essentially domestic political ends.

The proliferation of precision strike munitions also increases the cost to the United States of maintaining a large military presence in the region. In a conflict with Iran, U.S. personnel and equipment losses would probably be much more substantial than they would have been in previous eras, and the United States already is beginning to have to spend more on hardening facilities in the region. But again, much of the currently deployed footprint of U.S. forces—pre-positioned Army brigade sets to cite one good example—has little connection to the U.S. interest in securing critical energy infrastructure.

The current feeling of vulnerability by the Saudis and Emiratis is understandable, but from the U.S. perspective, it should trigger a review of current policies and military deployments. Efforts to revive the JCPOA are bringing these differences to a head: the United States wants to see Iran resume controls on its nuclear activities while Saudi Arabia and the UAE are much more concerned about Iran’s other regional activities—where the argument for a real link to U.S. interests is more tenuous. It would make sense for the United States to admit that its security interests sufficiently differ from its regional partners’ interests. At this point, the United States and the Gulf states cannot go on pretending to be close partners. The United States cannot offer them the level of protection they seek, and they will need to eventually find their own modus vivendi with Iran, as well as the Houthis, based on their mutual vulnerability to attacks on critical infrastructure.

Now that Saudi Arabia and the UAE have left the United States with an oil supply deficit mitigated only partially by the Biden administration’s SPR release, the United States should go ahead and call their bluff by standing firm on the JCPOA, Yemen, and arms sales—with the latter curtailed a bit to make our displeasure felt. The United States also should convey to the Saudi and Emirati governments that while it understands there is less of a confluence of interests than in the past, Washington will continue to cooperate where it sees mutual gains but also will continue to reduce its military footprint in the region given broader U.S. policy goals. The United States should be honest about the fact that it will never again be a relationship where trust runs deep enough to share our more sensitive technologies, like the F-35.