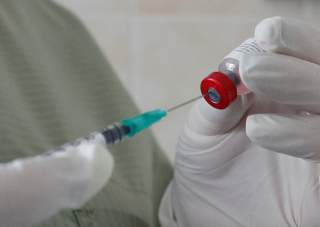 Today I provided written and oral testimony before the Arizona House Health Committee regarding a bill that would allow syringe services programs (SSPs)to operate legally within the state. Arizona is one of 20 states that do not explicitly authorize syringe services programs and/​or have drug paraphernalia laws that prevent syringe services programs from operating. More commonly referred to as “needle exchange” programs, these programs have been proven unequivocally, since the 1970s, to reduce the spread of hepatitis, HIV, and other blood‐​borne infectious diseases, as well as soft tissue/​skin infections. They also provide a gateway to treatment for people who suffer from substance use disorder.

My Cato Institute policy analysis on harm reduction, published in December 2018, elaborates on the benefits of these programs. The first program to operate in the U.S. began in Tacoma, Washington in 1988.

In recent years SSPs have been distributing the opioid overdose antidote naloxone along with clean needles and syringes to people who inject drugs. Many also hand out fentanyl test strips (to test for the presence of fentanyl, an often‐​unwanted “contaminant” of opioids or stimulants obtained on the black market). So now SSPs are helping to lower the overdose rate in addition to reducing the spread of deadly infectious diseases.

Prof. Bluthenthal, one of the nation’s leading experts on syringe services programs and other harm reduction strategies, provided evidence that SSPs reduce needle sharing (one of the principal causes of HIV transmission) while they do not contribute to unsafe syringe disposal, i.e., syringes on the streets. In fact, Dr. Bluthenthal pointed out that SSPs send out teams to collect syringes found on the street.

I shared the insights of Dr. Adams and Dr. Bluthenthal with the members of the House Committee. I also told the Committee about new evidence, reported last November, that needle exchange programs saved well over 1000 lives and hundreds of millions of taxpayer dollars in the cities of Philadelphia and Baltimore.

If the syringe services legislation passes the Arizona House of Representatives, it next must clear the Arizona Senate before reaching Governor Doug Ducey’s desk. Combining syringe services programs with making HIV pre‐ and post‐​exposure prophylaxis “over‐​the‐​counter” would create a “one‐​two punch” that can help make President Trump’s goal of eradicating new HIV transmission by 2030 a reality.