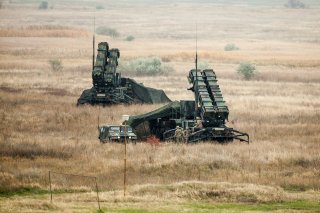 The Army’s Precision Strike Missile (PrSM) is breaking new ground in several areas as it continues testing. The PrSM recently traveled more than four hundred kilometers in a key test. Now the Army is pursuing a host of new technological enhancements to the weapon.

The Precision Strike Missile is being developed to fly unprecedented ranges for weapons of its kind and being adjusted to hit moving targets. It is also getting even more precise and reliable due to targeting upgrades now being explored by Army weapons developers. The basic premise of the weapon is to pursue a tactical strategy intended to out-range the enemy and hit previously unreachable targets at distances greater than four hundred to five hundred kilometers.

The Army is also prioritizing improvements in accuracy and target discrimination.

“Seeker integration is something we need and we are endeavoring to do as we move forward,” General Joseph Martin, Vice Chief of Staff of the Army, told an audience earlier this year while speaking at a think tank called The Foundation for the Defense of Democracies.

PrSM uses Global Positioning System (GPS) and inertial measurement unit technology, but there are also a range of innovations related to targeting accuracy, guidance, datalink communication, and “hardening.”  The Army may be looking at both hardening its guidance networks and exploring targeting technologies that are harder to jam than GPS.

Martin did not elaborate on any specifics or plans related to a new seeker, yet he did talk about the fast-growing importance of the weapon. He explained how it will bring much longer range and increased precision compared with the missile it is replacing, the Army Tactical Missile System.

“The current missiles can go about 350 kilometers and this will go beyond 500 kilometers eventually. We are almost doubling the range with existing launchers so we are not having to invest in new launchers. We can now put two missiles in the launcher as opposed to what we can do now which is one,” General John Murray, Commander, Army Futures Command, told the National Interest in an interview in 2020.

Once the weapon is deployed, the Army will be positioned with a new ability to target enemy forces from improved standoff ranges. The PrSM is also expected to be able attack key targets such as air defenses, command and control infrastructure or other crucial points typically attacked from aircraft.