The Army Has Special Plans For Its New M1A2C Tank 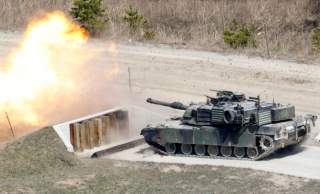 Key Points: The cost of the new armor and Trophy APS is greater turret weight, which is likely going to be several tons heavier than what the M1A2 was designed for.