Axis Shift: Is Turkey Turning Its Back on the West? 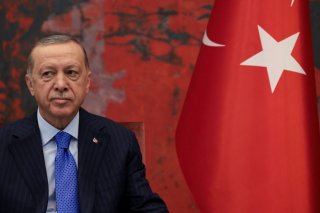 It should come as no surprise that Turkey’s President Recep Tayyip Erdogan has decided to become a full member of the Shanghai Cooperation Organization. After all, it has been on the cards for some time.

Once a staunch NATO ally during the Cold War, with the advent of the Justice and Development Party (AKP) in 2002 Turkey has undergone a perceptible sea change. The year before, the AKP rose like a phoenix from the ashes of Necmettin Erbakan’s Islamist Welfare Party, which was banned in 1998, and under the leadership of Istanbul’s former mayor, rebranded itself as a Muslim democracy.

Turkey, which under its former premier, Bülent Ecevit, had been accepted as a candidate for EU membership at the Helsinki summit in 1999, continued with the flurry of political and economic reforms initiated by Ecevit, and began accession talks in 2005. It posed as a moderate, westward-looking, neo-liberal party and accordingly was met with plaudits.

In 2007 U.S. secretary of state Condoleezza Rice stated that the AKP was “a government dedicated to pulling Turkey west toward Europe.” A year later, Swedish Foreign Minister Carl Bildt declared that “the AKP government is made up of profound European reformers.”

On a visit to Turkey in 2009, President Barack Obama spoke of a “model partnership” between a predominantly Christian and a predominantly Muslim nation. Seven years later in an interview with The Atlantic, a disillusioned Obama considered Erdogan to be a failure and an authoritarian.

Nevertheless, as late as 2012, a gaggle of EU foreign ministers proclaimed Turkey to be “an inspirational example of a secular and democratic country,” which provoked a rebuttal from the deputy chair of the Republican People’s Party (CHP), Faruk Logoglu. Logoglu remonstrated that their perception of the state of affairs in Turkey was sadly out of focus.

Furthermore, that the AKP pursued an authoritarian policy of incremental Islamization inside education, science, politics, the economy, the armed forces, and civil society. In short, democracy in Turkey largely existed in the abstract and the rule of law, a founding pillar of Western civilization, was no longer part of Turkish society.

On the other side of the Atlantic, eighty-four former U.S. lawmakers, government officials, and national security experts sent a bipartisan letter to President Obama, urging him to make clear that then-Prime Minister Erdogan’s autocratic actions and demagoguery were subverting Turkey’s political institutions and values and endangering the U.S.-Turkey relationship.

Given the initial enthusiasm and support for the AKP government and Erdogan’s rule, what led to this sad state of affairs? An interview with award-winning Turkish journalist Sedat Ergin is illuminating. As he explained, the United States and the EU bought the AKP’s narrative. Between 2002 and 2008 there was a consensus to prioritize EU reforms but after the AKP’s vote reached 47 percent in the 2007 elections (in 2002 it was 34 percent), checks and balances mechanisms in Turkey started to erode.

From 2008, Erdogan shifted to an illiberal mindset and away from EU perspectives. The period from 2008 to 2013 was marked by a series of show trials aimed at military and secular opponents, and by the end of this period, the turn came to the AKP’s liberal supporters.

As Aziz Babuscu, the chairman of the AKP’s Istanbul branch made clear, there would no longer be room for the liberals who had supported them for the first decade of their rule. As he explained, “The Turkey that we will construct, the future that we will bring about, is not going to be a future that they will be able to accept.”

The AKP government’s harsh crackdown on the Gezi Park protests, which began as an environmental protest in Istanbul in May 2013 but spread to eighty of Turkey’s eighty-one provinces, was evidence of that.

Marietje Schaake, a Dutch liberal member of the European Parliament, bewailed, “Our dream of a European Turkey has turned into a nightmare and it is time for a wake-up call.” Another European liberal, British minister of parliament Andrew Duff, simply concluded that the AKP had replaced Kemalism with Islamism.

Political scientist Koray Caliskan, who has since relocated to the United States, also made it clear in the Turkish daily Radikal that, for the AKP, the EU process was a strategic step to send the army back to the barracks. Once it had established complete hegemony in civil politics, the EU process was abandoned.

As a paper from SWP (German Institute for International and Security Affairs) in Berlin pointed out, Turkey’s EU membership bid was not motivated by a desire for democratic reform so much as an instrument to facilitate its economic development.

As far as foreign policy is concerned, both Turkey and Russia share the same revanchist dream of territorial expansion. While Russian president Vladimir Putin hearkens to Peter the Great, his Turkish counterpart has been inspired by a vision of Ottoman grandeur.

Initially, the driving force was Erdogan’s chief advisor, and later foreign minister and prime minister, Ahmet Davutoglu. In his key work, Strategic Depth, with one eye on the success of the British Commonwealth, Davutoglu advocated that Turkey’s foreign policy should be built on engagement with countries with which it shared a common past and geography—that is, in the Balkans, Middle East, and Central Asia.

As Davutoglu explained in a speech in Sarajevo in 2009, “Like in the 16th century, when the Ottoman Balkans were rising, we will once again make the Balkans, the Caucasus and the Middle East, together with Turkey, the centre of world politics in the future.”

Three years later, Davutoglu expanded his vision at an AKP congress in Konya: “On the march of our holy nation the AK Party signals the birth of a global power and the mission for a new world order.” The world order (nizam-i âlem) was an Ottoman concept, according to which the world order in all its aspects—political, social, and economic—was ruled by religion (Islam).

This policy, popularly dubbed neo-Ottomanism, was the starting gun for Turkey’s expansion, which has now led to a Turkish presence not only in Libya, Syria, and Iraq but also the Persian Gulf, the Red Sea, Africa’s Horn, and Cyprus.

Erdogan has also spoken of revoking the Lausanne Treaty from 1923, which established the borders of modern Turkey and reverting to the National Pact (Misak-iMillî) passed by the Ottoman parliament in 1920. This envisaged including areas of present-day Greece, Cyprus, Syria, and Iraq.

Then there is the “Blue Homeland” (Mavi Vatan) naval doctrine, which includes a vast swathe of the eastern Mediterranean, the Aegean, and the Black Sea.

Davutoglu spoke of “zero problems with neighbours” but already in 2013 Ibrahim Kalin, an Islamic scholar who later succeeded Davutoglu as Erdogan’s chief advisor and spokesperson, tweeted of “precious loneliness.” The same year, Jihad al-Zein, a Lebanese editor and former AKP supporter, wrote of Turkey’s wrongheaded foreign policies and concluded that Erdogan’s behavior seemed closer to that of an old-style Arab military ruler.

In October 2012, Kalin posited a new geopolitical framework in which rejected the European model of secular democracy, politics, and pluralism in a keynote speech at the Istanbul Forum. He spoke of a search for a post-Western political order in which the West does not have a monopoly over the democracy debate and the end of Western dominance in dictating the global political agenda.

Instead, Kalin advocated a value-based and principled foreign policy, yet without explaining which values and principles he had in mind. Davutoglu, who had been hailed as “a true grandson of the Ottomans,” was toppled in 2016.

Two years later, President Erdogan’s head of international relations, Ayse Sözen Usluer, explained that Turkey felt no need to choose between the West and the East, or between the United States and Russia. Turkey no longer saw its foreign policy within the framework of the Cold War or East vs. West alliances.

This has been clearly underlined by the cooperation between Turkey and Russia, although Russia’s Foreign Minister Sergey Lavrov has designated Turkey more a close partner than a strategic ally.

At a meeting with Putin in St. Petersburg in 2013, Erdogan vented his frustration over the impasse with the EU and called on Putin to let Turkey into the Shanghai Cooperation Organization (SCO) “and save us from this trouble” (the EU’s demands for genuine reform). Nevertheless, in January Erdogan declared that EU membership still remains a strategic priority, which indicates how hard-pressed he is by the collapse of Turkey’s economy.

Now the wheel has come full circle. On his return from the twenty-second summit of the SCO, whose members include Russia, China, India, and Pakistan as well as four Central Asian states (Turkey is a dialogue partner), Erdogan declared it was his intention to seek full membership. Iran will also join. At the summit, Erdogan was seen at the head of the table addressing the other leaders.

The SCO, which began as “the Shanghai Five,” has been branded as “rogue NATO” or anti-NATO. According to a senior Russian diplomat, membership in the SCO is incompatible with membership in NATO.