B-21 Raider: Russia, China and North Korea's Greatest Fear (And For a Good Reason) 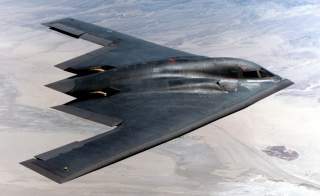 The B-21 Raider is set to fly in the mid-2020s, and the Air Force plans to buy at least a hundred of the bombers to replace the B-52H Stratofortress and B-1B Lancer bombers. A larger fleet of up to two hundred bombers is possible, but entirely bound to fiscal realities