Bad News: Google and Sonos are Suing Each Other 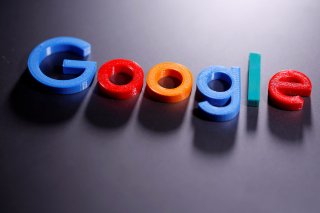 It's not rare for tech companies to sue one another over patent considerations, in the kind of legal battle that's been known to drag on for years. The latest such dispute is between Google and Sonos, who are arguing over patents related to multiroom network speaker systems.

Sonos sued Google back in January, in both federal court in California and before U.S. International Trade Commission, which are the two venues where most patent litigation involving Silicon Valley companies is contested. The January suit claimed that Google had infringed on several of Sonos' patents.

The suit came, The Verge reported, after four years of warnings, as Sonos alleged that the Google Home and other home speaker products developed by Google over the years infringed on their parents.

Sonos' CEO, Patrick Spence, even said at the time that the two companies had collaborated for years, including the integration of Google Assistant into the Sonos platform.

Now, Google has sued back, claiming Sonos has infringed on five of its patents.

“Sonos has made false claims about the companies’ shared work and Google’s technology in the lawsuits,” the suit says, per Bloomberg News. “While Google rarely sues other companies for patent infringement, it must assert its intellectual property rights here.”

“Instead of simply addressing the merits of our case, and paying us what we’re owed, Google has chosen to use their size and breadth to try and find areas in which they can retaliate,” Sonos CEO Patrick Spence said in a statement to the media.

“We’re mostly sad to see a once innovative company with the mission of ‘Do No Evil’ avoid addressing the fact they’ve infringed on our inventions, and have turned to strong arm tactics the robber barons of old would have applauded.”

Spence did misstate Google's onetime unofficial slogan; it was "Don't Be Evil," not "Do No Evil," although Gizmodo noticed in 2018 that Alphabet, by then Google's parent company, had quietly dropped the phrase from its official code of conduct.

“While we look to resolve our dispute, we will continue to ensure our shared customers have the best experience using our products,”  Google spokesperson Jose Castaneda told Bloomberg.

It's not rare for tech companies in patent litigation to continue to work together, especially in supplier relationships; Apple and Samsung did so for years.

In recent months, Sonos has introduced the Beam and Arc soundbars, with the Arc offering Dolby Atmos functionality.