The Battle of the Rapido River: One of the Greatest Military Tragedies of World War II 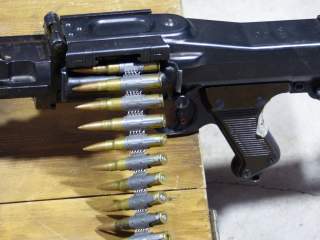 When most Americans think of World War II they think of stirring victories on the beaches of Normandy, rousing triumphs on the sands of Iwo Jima, or brilliant naval conquests at the Battle of Midway. The valor, courage, and sometimes tactical brilliance shown by U.S. troops and generals in those battles were pivotal to ultimate victory. There was one case, however—one bitter case—in which the same high standard of valor and courage shown was by US troops, matched instead with poor generalship, creating one of the greatest military tragedies of the Second World War: the January 1944 Battle of the Rapido River in Italy.

Shortly after the United States had entered the war, England’s Prime Minister Winston Churchill began advocating for an attack into southern Europe against what he termed “the soft underbelly” to . . . The allies began their attack against Italy when Gen/ George Patton led the US II Corps to help conquer Sicily by August 1943. After making initial success up the Italian boot, German defenses stiffened and by the late fall the Allied drive had stalled near the southern monastery of Monte Cassino, bordered along a small but fast-flowing river named the Rapido.

Churchill became impatient with the lack of success and pressed the American leadership to conduct a beach landing far behind German lines at the port of Anzio to accelerate the drive on Rome. At Gen. Dwight Eisenhower’s headquarters on Christmas Day 1943, the decision to launch the operation, code-named Operation Shingle, was finally made.

To make the landings successful, it would be necessary to make a rapid breakthrough of the German lines south of Monte Cassino. While the Germans were not expecting an attack from the sea at Anzio, they were more than aware of the criticality of holding the line on the Rapido – and had put considerable effort into reinforcing defensive barriers.

Realizing the importance of holding back the Allies, months before the battle began German troops had taken masterful advantage of the terrain around that area in which to build a successful defense. The battle area included a large, flat plain (the Liri Valley), hilly terrain on either shoulder of the valley which offered commanding views of the valley (including long range observation to order airstrikes or artillery fire). And anchoring the defense was the Rapido River.

German Gen. Frido von Senger und Etterlin, commanding the XIV Panzer Corps, transformed the defensive line into “an infantryman’s nightmare.” Lee Caraway Smith wrote of von Senger’s actions in A River Swift and Deadly that the general “positioned machine-gun nests on the mountainsides in such a fashion that any attacker would face interlocking machine-gun fire. Both sides of the Rapido River were laced with barbed wire, mines with trip wires . . . (Von Senger) found the mountain gullies were the perfect places to set up mortars because the gullies not only provided the angle needed to fire the weapons but also provided protection from Allied artillery.” After months of preparation, the Germans were ready for the assault on the Rapido.

Clark had been ordered by his immediate superior, British Gen. Harold Alexander, commander of Allied Forces in Italy, to “make as strong a thrust as possible towards Cassino . . . prior to the (Anzio) assault landing to draw enemy reserves which might be employed against the reserves.” Clark decided the best way to draw German troops away from Anzio was to attack their main line of defense in his area, and he chose a National Guard infantry division from Texas as the main effort: the 36th Infantry Division.

The 36th had already been in tough fighting from the Salerno landings in September through the winter battles of 1943, finally being relieved from front-line duty on December 29 after suffering heavy casualties. They had barely been able to replace significant numbers of battle losses with fresh, untested troops when Clark met with the Texans commander, Maj. Gen. Fred L. Walker on January 16, 1944, to give his division attack orders.

The 36th Infantry Division would cross the Rapido four day later, Clark told Walker, and establish a beachhead; then the First Armored would throw a bridge across the river and bring up its tanks, and attack up the Liri Valley towards Rome. Walker knew from considerable combat experience both in World War I and over the previous four months of intense combat against the Germans that the mission could not succeed.

In his diary the next day, Walker detailed why the task was a virtual impossibility, noting that the “improvised foot bridges—planks lashed to rubber boats—will be heavy and clumsy to carry by hand to the river. The larger rubber boats are heavy and cumbersome. They will easily be punctured by shell fire and will be difficult to launch . . . because of the high banks and swift currents.”

Most concerning, he wrote, “when the time comes to handle this equipment at the river, the alerted Germans will bring down concentrations of fire from artillery and small arms onto the river banks. Havoc and chaos will follow.” He told Clark he didn’t believe the mission would succeed, but critically, offered a viable alternative.

As it turned out, the point chosen by Clark was the absolute worst possible place to try and cross because the Germans had foreseen the risk to their lines and arrayed all their defensive positions and assets to destroy anyone trying to cross there. About a mile and a half upstream, however, Walker had identified another crossing point that was shallow enough to ford, wouldn’t require any boats at all, and best of all, provided some natural defenses from German observation and fire.

Five times, Walker would later recount in congressional testimony after the war, he pleaded with Clark to allow him to make the attack in the location that offered a higher chance of accomplishing the Allied objectives, and five times he was rebuffed. One of Walker’s subordinate leaders, Col. William H. Martin, commander of the 143d Infantry Regiment, realized immediately the futility of the task he was given.

After having fought through countless bloody battles since Salerno, he later testified, “(all the bad conditions for an attack were) well known to commanders we were on the ground, and which had been transmitted to higher headquarters. It was very obvious to even an inexperienced soldier that an attack such as the one ordered had practically no chance for success.

All the teaching of sound military tactics would be violated by such an attack.” Viewed from the seventy-four years its been since that battle, It might seem that Clark, then a three-star general, should have understood the tactical situation as well or better than his subordinate commanders and chosen the plan that had the best chance of success.

To be a three-star commanding general in today’s military, an officer has typically completed thirty years of active service and been a successful commander at the company, battalion, brigade, and division levels. Under the demands of a world war, however, things can be different.

When Germany defeated France in 1940 at the beginning of the war, Mark Clark was only a lieutenant colonel, but had distinguished himself with superior staff work for several powerful, high-ranking generals. In April 1941 Clark was promoted to a one-star general, bypassing the rank of Colonel. Barely eighteen months later he was catapulted to his third-star and by the end of 1942 was given command of the 5th Army, becoming the youngest lieutenant general in U.S. Army history.

Prior to that point, his only experience commanding combat troops, however, came during a two month period of the World War I (when a battle wound cut short his tenure and rendered him unfit for further World War I combat duty in June 1918).

Clark performed at a legitimately high level during the first part of the World War II as a staff officer and even on a critical covert diplomatic mission. It is often true, however, that excellent performance in noncombat roles don’t translate to equally high levels of performance in the life-and-death crucible of combat. That was to prove true for Gen. Mark Clark.

Clark performed admirably in his first combat action as 5th Army commander at the Salerno landings in September 1943 and was awarded the Distinguished Cross—the nation’s highest award for valor, second only to the Medal of Honor—by General Eisenhower. Clark was an ambitious man and wanted to prove himself one of the great commanders, and thus became fixated on the prize of what he was sure would be a singular achievement of liberating Rome from the Nazis. Evidence suggests Clark’s ego became an impediment to sound tactical judgment.

General Walker had asked Clark five times not to order the assault into the heart of the Rapido. Walker had more than just a feeling Clark’s operation wouldn’t work. He knew it. He’d seen almost the same scenario play out before, but from the position of strength.