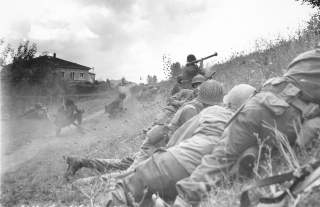 Editor's Note: You can read Part I here. Part three will be posted tomorrow.