The Battle of Winterfell: 4 Ways Jon Snow and Daenerys Could Have Won 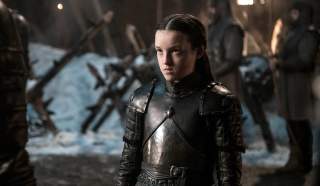 Last night’s episode of Game of Thrones was the battle fans of the show have been waiting eight seasons for. The entire episode consisted of a single battle, the Battle of Winterfell, between the human inhabitants of Westeros and the invading Army of the Dead. Overwhelmed and exhausted, the humans were driven to the brink of annihilation before the army of the dead was stopped—permanently—in its tracks.

But what if the alliance of humans, including Dothraki horse cavalry, Unsullied spearmen and medieval, sword-wielding Northmen had done things a different way? Could they have won a military victory against the Night King and his wights without the sudden, unexpected turn at the end of the battle? Here are four things the humans could have done to win the battle—and the war in the first half hour.

Winterfell was not a great place to make a stand. The endless cold would have sapped the strength of human defenders--particularly the lightly clothed Unsullied. The humans’ two remaining dragons disliked the cold and this could have impacted their performance in battle. Visibility, even before the Night King created his artificial blizzard, was already poor.

There was also another problem: the fortress of Winterfell did not really contribute in any meaningful way to the battle. It provided neither a base of fire—direct or indirect—to contribute to the battle nor did it complement advantages conferred by local terrain. It appeared to have been largely defended for sentimental reasons.

Instead of defending at a castle, the humans could have instead chosen a valley, river crossing, or other terrain feature. A valley would narrow the defender’s frontage and secure his flanks, preventing the Army of the Dead from overwhelming him on a broad front. A valley that can only accommodate 200 defenders shoulder to shoulder could only accommodate 200 attackers shoulder to shoulder, partially nullifying the attacker’s superiority in numbers.

Defending on the other side of a river would also have advantage: crossing a river slows down and breaks up the enemy’s advance. Had the humans defended on the far side of a river, they could have slaughtered the wights as they emerged from the river. Some undead would likely be swept downstream by sufficiently powerful currents and removed from the battle. Lacking bows and arrows, crossbows, or other direct fire weapons, undead troops would have been unable to suppress human defenses on the other side of the bank.

One of the most frustrating aspects of the war was the lack of intelligence the humans had about the Army of the Dead. The humans understood little about the Night King’s forces: only that he controlled them, they were large, and they were reanimated from the dead.

There was a lot more to learn about them. How did the Night King reanimate the dead? How many wights did he have? How many giants and other non-human creatures did he have? Where was the Army of the Dead and where was it headed next?

To be fair, the humans before the war were preoccupied in forging a Coalition of the Living. Still, they did have some intelligence, surveillance, and reconnaissance assets capable of locating and tracking the Night King and his wights before the battle, to get a better handle on what they were up against. And by and large, they didn’t use them.

There are many ways the Coalition of the Living could have built up a useful picture of their enemy. Dothraki cavalry could have shadowed them from afar, keeping track of the Army of the Dead as it rampaged south of the wall and regularly reporting on its position, strength, and disposition. Bran Stark’s ability to view the world through ravens could have been used more often—with instructions to Bran to stop being vague and report hard, actionable data. The dragons could also have been used to spot enemy forces—the dead had only one air defense platform, the Night King himself—and perhaps perform an interdiction role, roasting wights and reducing their numbers before they reached Winterfell.

The human defenders of Winterfell did many tactically sound things. They positioned the Unsullied—hoplite-like defenders more suited to mobile warfare—outside Winterfell’s defenses. They had cavalry, trebuchets (artillery), and prepared a fire trench to stop the wights as they neared the castle. Once the wights began scaling the castle walls, archers were pulled off the line and replaced with swordsmen, spearmen, and other melee troops.

Unfortunately, the defenders also did many tactically unsound things. The Dothraki cavalry, a powerful shock force, plunged into battle perhaps half a mile ahead of Winterfell castle itself. This prevented the rest of the humans from supporting their attack, either from the ground or using trebuchets—or even observing it. The trebuchets, artillery that were capable of dispersing an enemy force that depended on density and mass to achieve victory, were positioned too far forward and overwhelmed early on. The dragons, instead of being given the offensive counter-air role early in the battle to eliminate the threat of Viserion, the undead dragon, were assigned the mission of close air support, counter-mobility/engineering (starting the fire trench surrounding Winterfell with their dragons’ breath), and VIP transport, carrying Daenerys Targaryen and Jon Snow.

The Dothraki, instead of being wasted on a frontal attack, could have been hidden behind Winterfell castle as a powerful counterattack force. The fire trench should have also been pushed farther forward, while the trebuchets should have been positioned farther back. The fire trench, in front of the Unsullied, would have slowed down Army of the Dead while the trebuchets concentrated their fire on breaches in the trench line. Once the Night King had committed his forces to breaching Winterfell’s walls, the Dothraki cavalry could have ridden out from behind the human castle, tearing into the right and left flanks of an enemy already taking heavy casualties to front.

The Night King, through powerful magic, reanimated corpses of humans, giants, and horses into undead wights, creatures that could only be killed by fire, Valyrian steel, or obsidian (so-called “dragon glass”). The Night King could then control this army and even add to it in mid-battle, reanimating the corpses of humans who had fallen into battle to fight for him. Wights have minimal intelligence and are controlled by the Night King himself.

Wights are for all intents and purposes drones. The Night King, the humans correctly guessed before the battle, was the center of gravity for the Army of the Dead: kill him and his army might fall. The previous seven seasons of Game of Thrones strongly implied that the Night King is continuously feeding instructions to his drones, and that this must be some sort of magic-based wireless signal. If that signal could be interrupted or even terminated, the Night King could lose control of his Army. In the end, Arya Stark terminated the signals—permanently—by killing the Night King with a Valyrian steel dagger.

Perhaps there was another way. Melisandre, also known as the Red Woman, was a human witch with formidable magical powers. Had she known of this vulnerability, perhaps she could have jammed the Night King’s magic-based signals, stopping the wights in their tracks, or even issued orders of her own. Depending on the strength of her signal she could have been positioned near the front line or even on a dragon to act as a mobile, standoff jammer like the U.S. Navy’s EA-18G Growler.

There’s a lot we will never know about the battle. The Army of the Dead was no ordinary foe: formed of mindless killing machines, it had no morale to break, would not grow sick of battle, and could not panic. Many of the ordinary rules of warfare did not apply to them. We will never know how many troops the Night King had, and if victory against the undead was even possible. And after all, it’s just a TV show. Still, one can’t help but wonder what could have happened if the humans, whose forces spanned the technological gamut of two thousand years of real-world warfare, also had the benefit of two thousand years of real-world tactics.