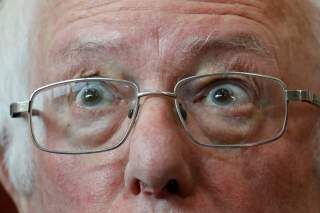 With the release of a new poll from NPR, PBS Newshour, and Marist showing him with a commanding 31% national support, Senator Bernie Sanders of Vermont continues to ascend as the frontrunner in the Democratic presidential primaries. This is an increase of 9% since the last time this specific poll was conducted in December.

In the second place is former Mayor of New York City Michael Bloomberg, whose 19% is the highest he’s ever had in a national poll. The late entry to the race, worth over $61 billion, has spent a growing portion of his own fortune to achieve name recognition and electoral support. This poll officially qualifies Bloomberg for the next Democratic debate.

Joe Biden is in third with 15%, a rump of his original first-place 24% from December. The former Vice President led the field through the summer and fall of last year but stumbled as voting commenced in the first two contests. Biden came in fourth place in Iowa, and an embarrassing fifth in New Hampshire, failing to crack double digits. His last base of support is in the deep south, in primaries such as South Carolina, where he retains significant loyalty among black voters.

Following the top three are Massachusetts Senator Elizabeth Warren at 12%, Minnesota Senator Amy Klobuchar at 9%, former Mayor of South Bend, Indiana Pete Buttigieg at 8%, billionaire Tom Steyer at 2%, and Hawaii Congressman Tulsi Gabbard at less than a percent. Warren, who was previously considered competitive, began to lose support among progressives after waffling on Medicare for All during the fall. Buttigieg and Klobuchar both performed competitively in Iowa and New Hampshire but are expected to fall behind once the primaries reach more racially diverse audiences.

A recent poll has Sanders leading the Nevada caucus with 35%, followed by Warren, Buttigieg, and Biden. Another poll has Sanders in second place in South Carolina with 20%, trailing Joe Biden’s 28%. Biden’s supporting in the state, once in the 40s, has been on the decline while Sander’s has been on the rise. Sander’s support among both Hispanics and African Americans has been significant this cycle, a change from his 2016 campaign.

The NPR/CBS/Marist poll has Sanders with a plurality among individuals who make both less than $50,000 a year (36%), and more than that (30%). He dominates the progressive lane of the party, with 46% support, over twice that of Elizabeth Warren’s 19%. He has the most male support (41%), along with the most female support (24%), narrowly edging out Michael Bloomberg’s 22% and Joe Biden’s 18%. Sanders commands a whopping 54% majority of younger voters (under 45), which makes up for his deficit among older voters, where he stands at a paltry 13%.

With these collective numbers, Sanders remains the undeniable frontrunner for the Democratic nomination.