The Democratic National Committee Is Changing the Rules for Michael Bloomberg 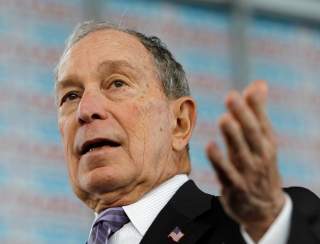 Bloomberg, since he began his campaign with a late announcement in November, has met the polling requirements for the two previous debates. However, he was not included due to the fundraising requirement which obligated campaigns to reach a certain number of individual donors. Bloomberg has demurred donations in lieu of self-funding his campaign. The multi-billionaire has already spent over $300 million in three months.

The Democratic National Committee removed the fundraising requirement going forward, allowing Bloomberg the possibility to participate. This late change to the rules, which will only benefit one candidate, has been criticized as favoritism by the Democratic establishment. “The fact that a billionaire can come in and have that kind of influence to change rules of the DNC—all of a sudden, not coincidentally, to be able to benefit Michael Bloomberg…They are picking winners and losers before voters have the opportunity to do so,” said Rep. Tulsi Gabbard, who has been excluded from the Democratic debates since December.

The poll that brought Bloomberg over the threshold was conducted by NPR, PBS Newshour, and Marist. The 78-year-old oligarch came in second place with 19%, the highest percentage he’s yet received in a national poll. In first place, with 31%, was frontrunner Sanders, still fresh from his victory in the New Hampshire primary. In third place was the former frontrunner, Joe Biden, whose campaign has lost confidence after poor showings in Iowa and New Hampshire. These three are followed by Warren at 12%, Klobuchar at 9%, Buttigieg at 8%, and billionaire Tom Steyer at 2%. Gabbard received less than 1%.

Following the collapse of Biden’s support, and the inability of Buttigieg and Klobuchar to make inroads with people of color, many moderates have put their hopes in the ability of Bloomberg to prevent Sanders, a democratic socialist, from winning the nomination. State director for the Bloomberg campaign Dan Kanninen told reporters today that the campaign was “down to a race where there are three people left—Bernie Sanders, Mike Bloomberg and Donald Trump.”

Sanders has not been afraid to criticize his wealthy competitor. In response, Bloomberg’s campaign manager Kevin Sheekey released a statement saying, “It’s a shameful turn of events to see Bernie Sanders and Donald Trump deploy the very same attacks and tactics against Mike, but the reason is clear.” The subject line read “BERNIE’S NEW BRO…DONALD TRUMP.”

Sanders responded with a photo of Bloomberg and Trump, two longtime associates, together on a golf course.