Bernie Sanders Should Win the New Hampshire Democratic Primary. What About Everyone Else? 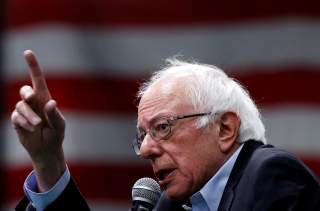 After the aborted result of the Iowa caucus failed to narrow the large field of Democratic candidates, tomorrow’s vote in New Hampshire takes on special significance as the first primary. The latest poll taken by the Boston Globe and Suffolk University has Vermont Senator Bernie Sanders with a clear lead.

The poll, the first taken after Friday evening’s Democratic debate, tracks Sanders with 27% of the vote. This matches the poll aggregation of both 270ToWin and RealClear Politics. Sanders won the New Hampshire primary in 2016 with two-thirds of the vote and has long been expected to win the primary.

Pete Buttigieg, the millennial mayor of South Bend, Indiana who appears to have tied with Sanders in Iowa, is in second place with 19%. His support has not grown or diminished since the Friday debate, although it still shows a significant boost since the flawed Iowa vote was conducted on February 3.

The campaign most impacted by the recent debate was that of Minnesota Senator Amy Klobuchar, who has been attempting to seize the moderate lane within the party. The poll shows her in third place with 14%, a several point boost since pre-debate surveys. She was widely regarded as the standout winner of the debate by pundits and Democratic observers. Klobuchar, who was once expected to make her mark Iowa which neighbor’s her home state, underperformed expectations by only coming in fifth place. A strong finish in New Hampshire would have the potential of carrying her into the Super Tuesday contests in March.

Klobuchar’s success comes at the expense of former Vice President Joe Biden. Long considered the frontrunner for the nomination through the summer and fall, Biden’s argument about electability crashed in Iowa when he came in fourth place. He’s now in a statistical tie for fourth place with Senator Elizabeth Warren of Massachusetts.

“I took a hit in Iowa, and I’ll probably take a hit here. Traditionally Bernie won by twenty points last time, and usually it’s the neighboring senators that do well,” Biden said on Friday, lowering expectations. Historically, two fourth place results would cripple a frontrunner’s campaign. No Republican or Democrat has won their party’s presidential nomination after losing both Iowa and New Hampshire since Bill Clinton in 1992.

Biden is correct that New Hampshire leans heavily towards other New Englanders. Massachusetts' native sons have won the primary numerous times, including John F. Kennedy in 1960, Michael Dukakis in 1988, Paul Tsongas in 1992, John Kerry in 2004, and Mitt Romney in 2012. This track record doesn’t appear to be helping Elizabeth Warren, however, for whom a possible fifth-place finish would be particularly embarrassing.

Rep. Tulsi Gabbard of Hawaii has staked out New Hampshire as potentially her best contest, conducting 110 town halls in the Granite state. Most polls have her at 5-6%, although the Boston Globe and Suffolk University have her at less than three. Her hope is that the human touch produces unexpected results.

Candidates like former Massachusetts Governor Deval Patrick and Colorado Senator Michael Bennett, both of whom have averaged 1% in national polls, hope to gather enough support to be noticeable.

There is a 15% benchmark in New Hampshire for a candidate to receive delegates.