Bernie Sanders vs. Pete Buttigieg in Iowa: Could It Be a Tie? 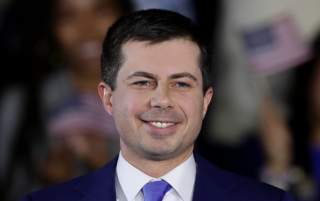 The slow trickle of results from the Iowa Democratic caucus has resulted in a near tie between Senator Bernie Sanders of Vermont and South Bend, Indiana Mayor Pete Buttigieg. With 97% of precincts reporting, Buttigieg leads Sanders by one-tenth of one percent, 550 state delegates (26.2% of the raw vote total) to 547 state delegates (26.1% of the vote).

Ties in Iowa are beginning to become the political norm. This would be the third example in the last decade. In the 2012 Republican caucus, former Massachusetts Governor Mitt Romney was declared the winner, with former Pennsylvania senator Rick Santorum coming in a narrow second. With multiple election irregularities and missing ballots, it took eighteen days after initial voting for the Iowa Republican Party to reverse its conclusion and declare Santorum the winner of the caucus by a mere 34 votes. This delay had an unknown impact on the race, with eventual nominee Romney able to carry the mantle of victor for several crucial weeks.

Likewise, in the 2016 Democratic caucus, former secretary of state Hillary Clinton and Senator Sanders (who is now in his second presidential bid) came within a quarter of a percentage point of each other. Clinton narrowly edged out a win with 700 state delegates to Sanders’ 696.

Despite both the 2012 and 2016 examples featuring unexpected come-from-behind stories in the form of Santorum and Sanders, it was Romney (mistakenly) and Clinton who received the momentum going forward in their campaigns as the official winners. This is why the precise result in Iowa is so crucial.

The 2020 Democratic caucus in Iowa has featured even more anomalies and inconsistencies than previous years. The day of the vote the Democratic Party’s new app, meant to receive and collect precinct totals, failed. The app had never been tested on a statewide level. This has led to confusion, distrust, and disagreement about the validity of the results, especially after the Democratic National Committee intervened to assure “quality control.” For example, nearly two dozen state delegates for Sanders were incorrectly allocated to former Massachusetts Governor Deval Patrick. It will be impossible to know how many other errors have occurred in the blighted process, but the repercussions in this tight of a race will be national in impact.

The latest poll in New Hampshire conducted by The Boston Globe and Suffolk University is already becoming representative of the Iowa results. Bernie Sanders, who won an overwhelming majority of the primary in 2016, leads the state with 25%. Buttigieg, who declared his victory in Iowa on voting day before any precincts had been counted, is in second place at 19%. This is a surge of eight points since the Iowa caucus on Monday.

The poll further shows the probable bottoming out of former Vice President Joe Biden’s campaign. After having been the frontrunner for the nomination the past year, the perception of the seventy-seven-year old’s electability was damaged by his fourth-place result in Iowa. The only close comparison in modern political history is George H. W. Bush, who in 1988 came in third in Iowa. Bush, however, went on to win the New Hampshire primary, while polling has Biden in third place at 12%. This is a recorded drop of six points in three days.

For Buttigieg to become the likeliest competitor to Sanders, he must hold onto an official victory in Iowa (no matter how narrow), and likely overtake the self-described “democratic socialist” in New Hampshire. The following votes, to be held in more racially diverse states like Nevada and South Carolina, will be the proving ground for Buttigieg’s viability. He’s been unable to break into double digits in either state during this campaign.