The Best of What Is Coming to Netflix in July 2020 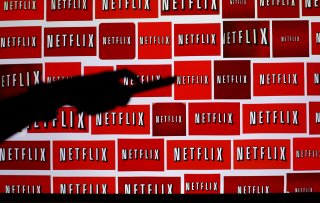 Even though the economy is beginning to reopen, there are still plenty of reasons to stay home in July—and plenty to catch on Netflix. Here are ten new shows and movies coming to the service next month:

The classic mystery documentary series ran on network TV for years with host Robert Stack. Now, it’s back, just in time for the era of true crime, with the producers of  Stranger Things joining the creators of original series. The first six episodes, out of twelve, arrive the first of the month; the show will have no host.

Netflix’s latest fantasy series, starring Alba Baptista, Toya Turner and Lorena Andrea, concerns an orphan who discovers that she has superpowers, which will be wielded on behalf of “a secret sect of demon-hunting nuns.”

This new Polish film, which seems like it’s crying for an American remake, follows a man who goes to work in a Cambridge Analytics-like firm that engages in “social media smear tactics” and sees the real-world effects.

This original documentary, which debuted at Sundance, was directed by Cristina Costantini and Kareem Tabsch. It tells the story of the famous Puerto Rican astrologer and TV host. Like many other streaming projects this spring, Lin-Manuel Miranda is in it.

The latest big-time action thriller headed to Netflix is The Old Guard, which stars Charlize Theron and Kiki Layne of If Beale Street Could Talk, as part of a group of immortals fighting their enemies. Gina Prince-Bythewood (Love and Basketball) is the director.

In this new psychological thriller, Nia Long stars as a lawyer who has a drink with an old friend (Omar Epps), who turns out to be unstable. The film was directed by Peter Sullivan.

Another new fantasy series, this one includes 13 Reasons Why star Katherine Langford in a retelling of the Arthurian legend. Based on a graphic novel by Frank Miller and Tom Wheeler.

The ten-part documentary about Michael Jordan and the 1990s Chicago Bulls championship electrified sports fans throughout the spring, at a time when there were no live sports to watch. While The Last Dance aired on ESPN, it was co-produced by Netflix and streamed there in non-U.S. markets from the start. On July 19, ahead of the return of the NBA, it hits Netflix in the United States.

Season two of the superhero series debuted on Netflix in early 2019, and now it’s back with ten more episodes, once again starring a cast led by Ellen Page and Tom Hopper.