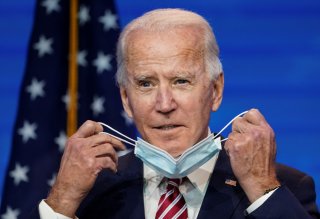 The Justice Department indicated on Wednesday that it would appeal the court ruling that ended the Centers for Disease Control’s (CDC) mask mandate for public transportation, allowing travelers to go maskless on planes, trains, and other forms of federally regulated transit.

Antony Coley, the Justice Department’s director of public affairs, made the announcement on Wednesday, tweeting that the CDC viewed the ongoing mandate as “necessary to protect the public health” from COVID-19, variants of which continue to spread more than two years after the introduction of the virus to the United States.

The Justice Department’s action comes within hours of Florida district judge Kathryn Kimball Mizelle’s ruling that the CDC did not have the authority to impose a nationwide mask mandate, which immediately struck the measure down nationwide. Mizelle’s objections to the measure noted that the CDC had not sought public comment before imposing the mandate and had not explained the decision beforehand.

Although it is clear that many Americans approve of the end of the mandate—footage quickly circulated on social media of airline passengers cheering after flight attendants announced that they could remove their masks—it has also led to objections from public health officials and others who fear that an end to mandatory masking could lead to an increase in infections.

The CDC’s first nationwide public health order requiring masks on interstate transportation came in January 2021, immediately after President Joe Biden entered office. Although that order was initially scheduled to expire at the end of April, the CDC had claimed that it needed more time to study the Omicron variant, leading it to extend the mandate for another fifteen days until May 3.

White House press secretary Jen Psaki voiced opposition to Mizelle’s decision but said that the Biden administration was in consultation with the CDC to determine what steps were needed before launching the appeal. Psaki noted that the CDC continued to recommend mask-wearing, even if it could not legally enforce it.

Nearly one million Americans have died of COVID-19 over the past two years, giving the United States the highest fatality rate in the world, although this rate decreases when adjusted for population. Roughly two-thirds of the United States has received two doses of a COVID-19 vaccine, although less than one-third of Americans have received a third booster shot, despite the vaccines’ wide availability.