Biden's Oil Release May Not Be Enough to Bring Prices Down 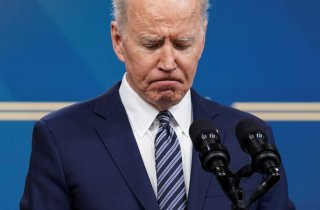 When President Joe Biden announced that the United States would release one million barrels of oil per day from its Strategic Petroleum Reserve for the next six months, he framed it as a major step to counteract rising global oil prices, which increased rapidly following Russia’s invasion of Ukraine on February 24 and the subsequent imposition of international sanctions against Moscow’s oil industry. Biden also noted that other nations in Europe, as well as Japan, had released their own emergency stocks of oil, adding roughly forty million additional barrels to the global supply over the same six-month timeframe.

However, some experts have warned that the combined impact of the releases is unlikely to replace the losses caused by sanctions on Russian oil. Russia is the third-largest oil producer in the world and was extracting roughly five million barrels of oil per day prior to the imposition of sanctions, the absence of which dwarfs the impact of Biden’s releases. Although very little Russian oil enters the United States, oil is a global commodity, and global supply shifts can impact domestic prices.

In response to Biden’s announcement—and simultaneously to the unexpected negotiation of a two-month ceasefire in Yemen, the first of its kind since the onset of the war in Yemen in 2015—global oil prices decreased by roughly 1 percent, although they remain far higher than they were prior to the Russian invasion and show no signs of decreasing further.

In an attempt to bring down oil prices, Biden has pushed U.S. oil producers and the Organization of Petroleum Exporting Countries (OPEC) to increase their production levels. However, the international oil cartel has refused, committing itself to its previous plan to slowly increase production levels for the remainder of the year.

Rising oil prices have become a political liability for Biden, with many Republican lawmakers attacking the president for his perceived hostility to fossil fuel production and failure to develop domestic sources of energy in his first year in office. The 2022 midterm elections are scheduled to be held in November, and Republicans are widely expected to recapture one or both houses of Congress, likely complicating Biden’s legislative agenda for the remainder of his term.