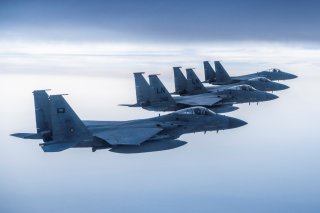 Spokesmen for the Saudi-led coalition involved in the Yemeni Civil War announced on Tuesday evening that the coalition would suspend all offensive military operations in Yemen from Wednesday until early May in honor of the Islamic holy month of Ramadan.

“The joint forces command of the coalition announces a halt of military operations inside Yemen starting Wednesday at 6 am,” the Saudi Press Agency announced, attributing the statement to coalition spokesman Brig. Gen. Turki al-Maliki.

Houthi officials quickly distanced themselves from the Saudi announcement, with Houthi spokesman Mohammed al-Bukaiti criticizing it and insisting that the group would not comply unless the coalition allowed ships and airplanes to enter the Houthi-controlled port of Hodeidah and the airport in Sana’a, the nation’s Houthi-occupied capital. “If the blockade is not lifted, the declaration of the coalition of aggression to stop its military operations will be meaningless because the suffering of Yemenis as a result of the blockade is more severe than the war itself,” al-Bukaiti wrote in Arabic on Twitter.

The request for a Ramadan truce was originally made by the United Nations (UN), which has engaged with both the coalition and the Houthi rebel movement in northern Yemen, the coalition’s main opponent in Yemen’s war. The UN had originally proposed a ceasefire in exchange for limited access to the airport and seaport, a proposal that was praised by Houthi spokesmen. However, the Saudi-led coalition had not agreed to the proposal, which was distinct from its unilateral announcement on Tuesday evening.

Discussions to end the war in Yemen also opened in Saudi Arabia on Tuesday, but the Houthis refused to attend, citing the blockade and Saudi Arabia’s status as a hostile power.

Although the Saudi government has offered several unilateral truces in past years, none has succeeded in stopping violence in the country, as Houthi forces have refused to abide by them.

The Houthis announced a three-day truce on Saturday after a series of Saudi airstrikes on Sana’a and Hodeidah, including a missile that reportedly hit a government office and killed eight Yemeni civilians. The Saudi airstrikes had been conducted in retaliation for a Houthi drone attack on a Saudi oil storage site in the city of Jeddah, which destroyed much of the facility but did not harm any Saudis.

In addition to the ceasefire, Saudi and Houthi diplomats have discussed a prisoner exchange, which could result in captured Houthi fighters being traded for sixteen captured Saudis and other forces loyal to Yemeni president Abdrabbuh Mansour Hadi, including his brother.