Big Deal: South Korea Plans to Get an 'Aircraft Carrier' with Stealth F-35s 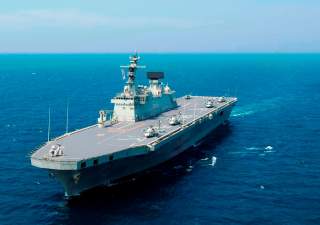 The new LPH will displace around 30,000 tons of water, roughly twice as much as the South Korean navy’s two LPH-Is displace.