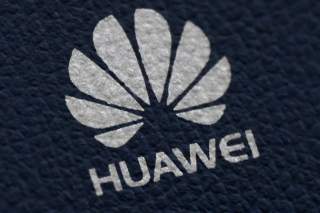 The British government has caved in to business pressure to let Huawei, China's controversial telecoms provider, supply up to 35 percent of Britain's rapidly expanding 5G mobile communications networks. The government says that Huawei won't be allowed to provide 'Critical National Infrastructure'. But for all practical purposes, Huawei is in.

In making the decision, Boris Johnson and his National Security Council faced conflicting advice from the United States, which maintains that Huawei equipment poses a serious threat to national security, and its own advisers in the UK's National Cyber Security Centre, who believe that the risks can be managed.

The Australian government excluded Huawei from participating in Australia's 5G roll-out in 2018 over concerns about network security. Huawei has also been banned from supplying 5G networks in the United States and New Zealand, as well as being effectively excluded in Japan, South Korea, and Vietnam.

At issue in all of these decisions is the possibility that Huawei, which is ultimately under the control of the Chinese government, could use its 5G technology to spy on its host countries, or even sabotage their networks entirely.

Countries all over the world already rely on Huawei equipment to run their 3G and 4G mobile phone networks. You yourself may even have a Huawei phone. No one has reported any problems -- yet.

But 5G is different. By the time 5G technology is fully operational, smartphones will make up only a small minority of devices on the network. Cars, buses, drones, surgical equipment, supermarket checkouts, electricity meters, and home appliances will all connect over 5G. Many of these devices won't work without it.

No one is seriously worried that Huawei might hack your refrigerator. But each generation of mobile phone infrastructure incorporates more and more 'smart' technology that requires constant updates and monitoring from the manufacturer. Those updates give Huawei -- and by extension the Chinese government -- the opportunity to install malicious code that could allow them to spy on, disable, or even take control of connected devices.

Even more worrying, the HCSEC found that Huawei made "no material progress" year-on-year in addressing the security concerns raised in its reports.

The Huawei 5G security debate is often cast as just another front in a global contest between the United States and China, but it isn't. Forget the trade war: Huawei's main competitors for 5G infrastructure aren't even American. They're Finnish (Nokia), Swedish (Ericsson), South Korean (Samsung), and Japanese (Toshiba).

So when Secretary of State Mike Pompeo warns that "only nations able to protect their data will be sovereign," he means it. The Trump administration can hardly be accused of using scare tactics to promote European exports. Existing 5G networks in the US, UK, and Australia, and New Zealand are all run by Nokia and Ericsson.

The real issue here isn't America versus China. It's security versus price. Huawei's 5G technology is super-cheap, compared to the competition's. Those too-good-to-be-true prices can prove all-too-tempting to local government authorities and wireless communication providers alike.

Huawei was founded in 1987 as a spinoff from the People's Liberation Army engineering corps. It has an opaque ownership structure and only started publishing the names of its board of directors under international pressure in 2010. In 2019, China named Huawei its official national champion for the development of artificial intelligence infrastructure and software. For all practical purposes, Huawei is a subsidiary of the Chinese government.

Boris Johnson and his national security team have apparently decided that they're willing to outsource critical network infrastructure to the Chinese government, if that will save British telcos a few pounds. Or maybe they're afraid that Nokia or Ericsson might spy on Downing Street for the European Union. Either way, they have gambled Britain's digital future on a company that is deeply embedded in the security apparatus of a totalitarian potential future adversary.

Even Neville Chamberlain wouldn't have given the Spitfire engine contract to Daimler-Benz to save money on defense procurement. Still, Winston Churchill had to hound the government to prioritize security over austerity throughout the 1930s. What would Winston make of the Huawei decision? As an ardent Churchill admirer and onetime Churchill biographer, Johnson should know.