Breakthrough: Army’s Hypersonic Weapon Could Be Operational Next Month 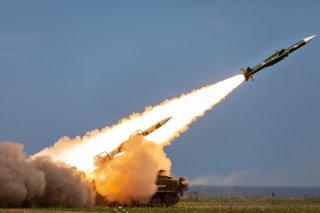 Beneath the surface of continued discussions about Chinese and Russian hypersonic weapon tests, the United States has also made breakthrough progress with a first-of-a-kind hypersonic platform. The U.S. Army’s Long Range Hypersonic Weapon (LRHW), for instance, is on track to be operational as soon as next year. The prototypes exist and have been in development for many years. In anticipation of entering the weapon into operational service, the U.S. Army is planning an aggressive testing schedule.

“We're at the point now where this is kind of the year of testing. So there's a series of test events coming up that are going to tell us exactly where we are, in terms of hitting that 2023 goal, to make sure we get the first actual weapon capability fielded in a real Army unit. There is a lot of excitement over the next year in terms of how our test activities run. Then we're going to know where we are,” Douglas Bush, Assistant Secretary of the Army, Acquisition, Logistics & Technology, told The National Interest in an interview.

The U.S. Army’s approach is multi-pronged, meaning the service focuses on near-term delivery and long-term hypersonic weapons development. Firing weapons at five times the speed of sound to shorten attack time changes the paradigm for current concepts of operation. Yet, further enhancements are expected to involve the use of new, more heat-resistant materials or breakthrough guidance systems. Mr. Bush and his weapons development team work in partnership with the Army Research Laboratory. The Army Research Laboratory, where teams of engineers and scientists are experimenting with mixtures of ceramic, metal, polymer, or composite materials at the microscopic level to uncover better “performing” materials with which to engineer future weapons, is exploring these questions through cutting-edge research. While the work could yield near-term applications in the event of breakthrough testing, much of the exploration aims to uncover “disruptive” paradigm-changing scientific breakthroughs.

“Ceramics are of interest for hypersonics applications, through the way additive manufacturing has an ability to create complex shapes, decrease manufacturing costs as well as increase the design space in making new components,” Ku told The National Interest during a special Warrior visit to the ARL laboratory at Aberdeen Proving Ground, Maryland.

What might some of these innovations be? Naturally, some of the specifics related to future weapons capability are not likely to be available for understandable security reasons. Yet, senior weapons developers have discussed some long-range plans for hypersonics. One of them, for instance, involves plans to integrate a “tech insertion” into operational hypersonic weapons to enable them to adjust to moving targets in flight and potentially destroy or take out maneuvering targets.

“We have plans to roll in additional technologies once we get the first baseline capability fielded. I think the Army is committed to doing that. Because it is moving very quickly. and you'd expect the counter technologies will also move quickly. So you have to be in a constant kind of innovation pace there to keep up with the threat,” Bush said. “I think hypersonics overall fits into precision at range, and mass precision at range. I think that's the trend of where technology is going. Happy to see the Army already has a program to try to continue to do that over time.”