Bringing It Back: What Will the New Napster Look Like? 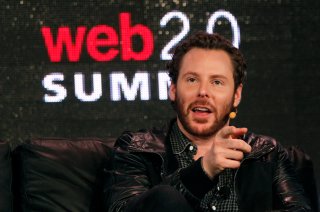 Napster, as anyone who came of age in the late 1990s clearly remembers, got its start as a pioneering but controversial file-sharing network, which sent the music industry running scared around the turn of the millennium.

Lawsuits eventually ended the original business model of Napster, but the company forever changed how music is distributed, leading to the launch of the iPod in 2001, and that product’s ubiquity in the years after that.

For most of the last twenty years, the Napster name has been passed around among various corporations, leading to multiple relaunches in which the company never gained back its previous import.

Following its 2002 bankruptcy, Napster was acquired by Roxio and again a few years later by Best Buy, which combined it with another 1990s music application, Rhapsody, under the name Napster. It was sold once again, in 2020, to virtual reality firm MelodyVR and once again this year to a pair of companies called Hivemind and Algorand.

Hivemind, The Verge reported this spring, is in the crypto space, and the company’s founder announced the deal on his LinkedIn page last month.

“Dear friends, we are excited to share that we’ve taken Napster Group private, and to bring the iconic music brand to web3,” Matt Zhang said on LinkedIn in May. “Volatile markets and uncertain times often bring exciting opportunities. At Hivemind, we believe in developing a thesis and building enduring value. Music x Web3 is one of the most exciting spaces we've come across, and we are thrilled to work with Emmy Lovell and many talents to unlock value for the entire ecosystem and revolutionize how artists and fans enjoy music.”

Now, Napster has laid out more details about how the new incarnation of the product will work. The company has published a “Litepaper,” which “outlines its plans to apply Web3 technology to its existing business and millions of users in order to improve how music makers, rights holders, and fans can interact.” The company also announced that the Napster Innovation Foundation will issue $NAPSTER tokens on the blockchain.

“We’re entering the streaming-plus era of music, which is one of the few scaled business sectors where adoption of blockchain tech actually makes immediate sense for everyone,” Emmy Lovell, interim CEO of Napster, said in the release. “People who make music, people who listen to it, and those who own its IP all already depend heavily on technology. Web3 offers a chance to deepen, extend and improve the music ecosystem.”

Zhang weighed in once again.

“Napster is a strong, self-sustaining business and an iconic brand,” he said. “Our investment in the company reflects a longer-term and far broader view than the short-term trading environment for crypto assets. Instead, we see a huge opportunity to build value over the long term, by applying Web3 programming to an existing, tech-enabled business.”